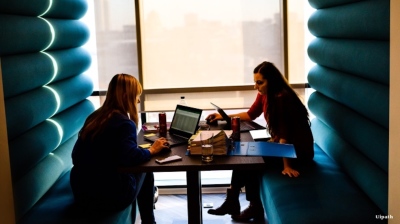 The funding and the new valuation, about $3bn higher than the previous round, were accelerated by the COVID-19 crisis, during which demand for software and automation robots exploded, according to Dines.

The last round took place in April 2019 and valued the company at $7bn.

Dines says the new funding will be used to scale UiPath’s platform and deepen its investments in “AI-powered innovation” as it expands its cloud software-as-a-service (SaaS) offerings. The round will also likely lay the groundwork for future strategic deals, following UiPath’s acquisition of startups StepShot and ProcessGold last October.

The company has announced that it is now accelerating its plans for an initial public offering (IPO) in the light of COVID-19. Dines announced in February that the company was considering an IPO.

"We were thinking of a listing at the end of 2021 or 2022, but COVID-19 has accelerated our plans," Allison Webster, a UiPath spokeswoman, told Bloomberg.

The company announced that it has reached recurring annual revenues of over $400mn, compared to $100mn previously.

Founded in Romania in 2005 under the name DeskOver and renamed UiPath in 2015, the company has added the CIA, the US Navy, McDonald's Corp, Duracell and Swiss Re among its clients. In 2018, it became the first startup founded in Romania to acquire unicorn status (over $1bn valuation).

Romania government to pursue “ambitious” timetable for justice reforms
M&A in Central and Eastern Europe fell 16% in value in 2020, says CMS report
Private finance mobilised by development banks up 9% to $175bn in 2019

Mohammad Javad Azari Jahromi, who brought 4G to the Islamic Republic, seen as siding with the country's youth.

Tax cut to incentivise further development of the IT industry, said PM Zoran Zaev. North Macedonia's IT industry grew 17% in 2016-2019.

The number of online transactions in Croatia between March and October 2020 increased by 34% year on year, while their value jumped by 38%, the Croatian National Bank reported.