Aeroflot's lowcoster Pobeda, fastest growing but could hike prices on flights to Russia 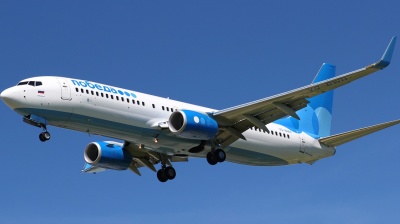 Russia’s lowcost Pobeda airline will see passengers grow by a third this winter and wants to boost prices on international routes
By Vadim Dumes in Paris October 17, 2019

Pobeda, based at Moscow’s Vnukovo airport, will increase its capacity by more than a third (34.3%) this winter, putting it streets ahead of any other airline serving the continent, the Daily Telegraph reported on October 16.

The second largest growth (23.5 per cent) has been registered by Wizz Air, the low-cost Hungarian airline that connects British airports with a number of destinations, both popular and offbeat, in Eastern Europe.

However, the airline wants to increase prices to improve profitability, but has been blocked by the courts. A Russian court ruled that Pobeda cannot charge passengers for offline check-in in foreign airports, which would mean that the €25 average charge will be added to ticket prices.

Tickets price developments around Pobeda are closely watched, as Aeroflot is under pressure from domestic watchdogs to have its budget airline help decrease the prices on interregional routes.

As reported by bne IntelliNews, Russian Federal Antimonopoly Service (FAS) has recently argued that Pobeda should give up international routes and focus on domestic destinations to bring domestic flight prices down, possibly with Aeroflot losing control of the company.

"Despite the fact that €25 is a considerable amount for a budget airline, we think the impact will not be as great as it may look at first glance," Sberbank CIB commented on October 16.

First of all, according to Pobeda, only 18% of its passengers flew to or from another country, which means that only half of that 18% (tickets for flying back to Russia from abroad) would see higher prices. Moreover, 90% of passengers use online registration and therefore pay nothing.

Although Sberbank believes the news might be slightly negative for demand, the overall impact will certainly not be dramatic for Pobeda.

Aeroflot has already said it could hold an IPO for up to 25% of Pobeda "given corporate approval", but having to set up another subsidiary could have an adverse effect on its costs already under pressure from high fuel prices since 2018.

PM Mateusz Morawiecki says Poland has controlled the pandemic much more effectively than some of the world's richest countries, as he relaxes restrictions on shops, restaurants and public gatherings.