ALACO DISPATCHES: What lies behind oligarch impunity in Ukraine 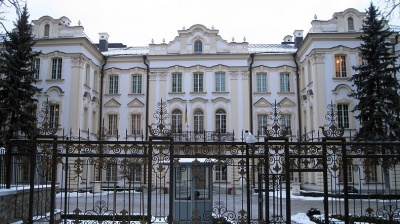 Since the Maidan Revolution of 2014, calls for judicial reform have dominated national discourse in Ukraine. Yet, due to inadequacies in the country’s anti-corruption measures, these reforms have done little to disrupt a deep-rooted system of patronage and corruption that shields powerful businessmen and their associates from the courts and their judgments.

The last few years have seen some progress on transparency and integrity issues, notably efforts to clean up state-owned Naftogaz, the country’s largest oil and gas company, which has severed ties with many of its oligarch-owned intermediaries that were a major source of corrupt practices. Another step in the right direction was the establishment of the High Anti-Corruption Court, intended to bolster the efforts of the National Anti-Corruption Bureau in rooting out and prosecuting corrupt officials.

But efforts to investigate financial crimes in government and business have been largely unsuccessful due to endemic corruption within the judiciary, which for a long time has been the protectorate of political patronage in Ukraine. As a result, investigations into allegations of serious wrongdoing have often been blocked so that no high-ranking officials, never mind powerful oligarchs, have been charged with historic corrupt practices and crimes. Judicial inaction has in the past jeopardised Ukraine’s access to its vital IMF bailout package and threatens its ambition for further integration with the EU, both of which are predicated in large part on Ukraine making progress on reforming the judiciary and combating corrupt practices in government.

Resistance to prosecution comes from powerful vested interests, oligarchs and other wealthy individuals who are able to leverage their resources and well-placed connections in order to protect their assets and business concerns. This is what makes Ukraine a textbook case of what is known as a limited access order, which as in many former Soviet countries was born in the aftermath of the country’s independence in 1991 and its rapid transition to free market capitalism.

Many of the country’s most valuable assets and industries were snapped up by well-connected individuals in politics, business and the security services, at a time when the country’s post-Soviet legal system was in its infancy, ill-equipped to deal with the extent of the economic and political changes in the country throughout the early 1990s. These assets were subsequently privatised and their new owners relied on allies in government, or connections in the criminal underworld, to protect their interests and expand them, while facing as limited competition as possible.

Politicians capitalised on these relationships, receiving hefty kickbacks as rewards for facilitating the speedy transition of state-owned property to private ownership. It formed the basis of a system of patronage, with access limited to close friends and family of economically powerful figures — essentially people they could trust to keep their interests safe from the reach of the law. That included being able to secure favourable judgments in the courts.

So, while the last few years have seen the emergence of competent investigators and prosecutors, efforts to reform Ukraine’s judicial system have been largely unsuccessful due to an underestimation of the resilience of vested interests.  This has been reflected in the ability of oligarchs to bribe judges and foster loyalty and a failure to reform the method of efficiently selecting and removing judges from office. A consequence of this is that many current judges who would not pass basic integrity assessments receive protection from politicians and high-ranking members of the judiciary.

The problem is most acute in so-called captive courts which are mostly located in regions of the country destabilised by the conflict with Russian-backed Ukrainian rebels, particularly the Donbas. The chaotic, poorly administered nature of these areas means that their courts are more vulnerable to corruption and serve as a back door for vested interests to exert influence over the judicial system.

Even the capital, which has been the focus of reform, is not immune. The National Anti-Corruption Bureau recently released alleged tapes of judges at the Kyiv District Administrative Court plotting illegally to influence the judicial system. Separately, and more alarmingly, the integrity of the highest court in the country also appears to have been undermined.

Last February, the constitutional court struck off an article in the criminal code concerning the enrichment of officials, originally introduced to meet funding conditions set out by the IMF. The court ruled the law violated the presumption of innocence principle by requiring suspects to prove that their assets were legitimate. The legislation was changed, placing the burden of proof on prosecutors to prove they were obtained illicitly. As a result, some 50 corruption investigations were reportedly closed.

Some believe that the IMF is becoming less concerned about issues of judicial independence. Indeed, a new three-year $5.5bn loan programme, announced in December just as President Volodymyr Zelenskiy prepared to meet his Russian counterpart Vladimir Putin for peace talks, suggests Ukraine’s stability is the priority at present.

Yet Zelenskiy knows he must push ahead with the anti-corruption agenda, which he himself championed in his bid for office in early 2019. The Ukrainian public and the European Union expect as much. Legislation passed in October, Bill 1008, sets out a more transparent process for selecting and removing judges, but observers point out that several of its provisions still pose a threat to the independence of judges and judicial reform. It suggests that even when the political will is there, Ukraine’s vested interests continue to restrain and block reform.

As the integrity of the legal system is brought under scrutiny, Ukraine’s courts are being stress-tested in one of the country’s most high-profile legal cases in post-revolution Ukraine. The case, which has been adjourned until January 31, entails billionaire Ihor Kolomoisky seeking to reclaim his former bank, PrivatBank, which was nationalised several years ago in the midst of a crisis in the Ukrainian banking sector.

It was found that between $5.5bn and $6bn was missing from PrivatBank’s balance sheet, which both independent auditors and the UK High Court have since deemed a large-scale and coordinated fraud. Kolomoisky, who denies any wrongdoing, claims that the government illegally nationalised his bank and is seeking both damages and the return of his assets. While the outcome will likely come too soon to draw conclusions about the efficacy of Zelensky’s most recent reform, it will nonetheless provide an important test of the judiciary’s willingness to try a case on its merits.

Nathan Andrews is an analyst at Alaco. Alaco Dispatches is the business intelligence consultancy’s take on events and developments shaping the CIS region.

International bond investors are selling off local EM debt in all but the best markets
Ukraine's statistics service confirms 11.4% GDP drop in Q2
Zelenskiy's rating down by a quarter in just three months

The ruble has had a bad few weeks that have only got worse in the past couple of days. Yesterday, the ruble fell to 92 rubles to the euro for the first time since January 2016. The ruble exchange rate with the dollar almost reached 80.

TURKEY INSIGHT: Mystery on the bourse as traders ask "Who bought the banks?"

Finding some sure footing on the Turkish stock exchange is far easier said than done with officials up to no good with neverending perception management.

COMMENT: Don’t disregard potential for Armenia and Azerbaijan’s war to spiral into something much bigger

Should Turkey militarily enter the conflict on Baku’s side and Russia come to the armed defence of Yerevan, things could get very scary indeed.

Ratings agency wary of possible moratorium on FX payments, capital controls and disorderly exchange rate adjustment. But isn’t this all too little, too late from its analysts? The warning signs have been there for years.

MITTELEUROPEAN INSIGHTS: Better $1.5bn from Russia or €1bn from the EU in the hand than $15-20bn in the bush?

The meeting between the heads of state of Belarus and Russia some 10 days ago in Sochi was a non-event. Russian President Vladimir Putin promised Belarusian President Alexander Lukashenko $1.5bn, but it is not enough. Belarus needs at least $20bn.

FPRI BMB Russia: the ruble continues to tank
23 hours ago
TURKEY INSIGHT: Mystery on the bourse as traders ask "Who bought the banks?"
3 days ago
COMMENT: Don’t disregard potential for Armenia and Azerbaijan’s war to spiral into something much bigger
3 days ago
TURKEY INSIGHT: Moody’s warns of autumn peril
8 days ago
MITTELEUROPEAN INSIGHTS: Better $1.5bn from Russia or €1bn from the EU in the hand than $15-20bn in the bush?
8 days ago