Albanian firms try to move their gambling business to Montenegro 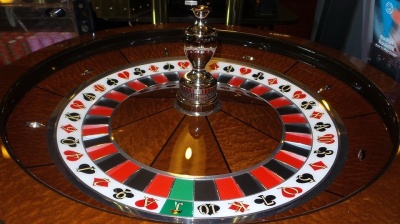 By Valentina Dimitrievska in Skopje April 12, 2019

Two Albanian companies are set to move their gambling business to neighbouring Montenegro, after the authorities in Tirana banned gambling except in five-star hotels outside urban areas, Montenegrin media reported on April 11.

Albania’s parliament in October 2018 approved the government decision to close all casinos and betting shops in cities by December 31, 2018 and to relocate them to city outskirts to prevent the spread of gambling. Albania is one of the poorest countries in Europe, and the gambling industry has seen a steady growth in the last few years.

"Montenegro’s Games of Chance Administration is considering two requests for obtaining concession filed by companies whose owners and directors are Albanian citizens who live in Albania," Mirko Rajkovic, a independent advisor in the administration was cited by daily Pobjeda.

Revenues from concessions in the gambling business in Montenegro totalled €15mn in 2018 up 28.6% from a year earlier.

37 firms are active in this business in Montenegro.

The ban in Albania, which came into effect on January 2, resulted in the closure of 4,300 betting sites.

Albania is not the only country in the Western Balkans to take a stand against gambling. In neighbouring Kosovo, the parliament recently approved draft legislation introducing a complete ban on gambling for the next ten years. The decision was taken following the deaths of two casino workers earlier this month during armed robberies in Suha Reka and Lipjan. The move is aimed to strengthen public security. As in Albania, the number of Kosovars interested in betting, particularly on sport, has increased rapidly in the last few years.