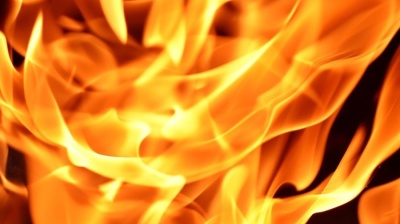 By Valentina Dimitrievska in Skopje September 9, 2021

At least 14 people died in a fire that broke out in a makeshift coronavirus (COVID-19) hospital in Tetovo, North Macedonia in the evening September 8, Health Minister Venko Filipce announced.

North Macedonia’s Prime Minister Zoran Zaev said that the "fire was caused by an explosion" but this is not officially confirmed.

The northwestern town of Tetovo, populated mainly by ethnic Albanians, is among several towns with low vaccination rates, and was the most affected by the fourth wave of COVID-19 since August. Hospitals are overwhelmed.

“This is a very sad day, I express my deepest condolences to the families,” Filipce said.

The fire broke out on the day when people in North Macedonia were celebrating the 30th anniversary of the country’s independence.

Zaev and Filipce were among the first that visited the site.

“There were a total of 26 patients in the COVID-19 centre during the fire. The other 12 have been transferred to Tetovo hospital and are out of danger,” Filipce said in a tweet on September 9.

Filipce said there were no deaths among health personnel, but several of them suffered minor injuries.

“This is a truly tragic event and I can assure you that the entire state leadership is committed to resolving this situation quickly,” Zaev said.

More than 30 firefighters with seven vehicles took part in extinguishing the fire, which was completely put out within 40 minutes.

Deputy chief of the fire department in Tetovo, Saso Trajcevski, said that the department was alerted to the fire at 9.02 pm on September 8 and the teams arrived in three to four minutes. The fire was completely put out at 9.45 pm local time.

“The flames were huge, because the hospital is modular, built with plastic,” Trajcevski said, adding that oxygen cylinders exploded during the fire.

He did not want to speculate on what caused the fire.

The prosecutors ordered autopsies of the bodies of the 14 people who died in the fire to identify them.

The makeshift hospital was opened on April 15 this year, but media warned of alleged irregularities during the construction and damage to the oxygen supply system.

The government denied the allegations in a statement on September 9 saying that the hospital was built in line with the highest medical and safety standards.

The peak of the fourth wave of the coronavirus epidemic in North Macedonia was registered on August 21 with 1,250 daily cases and the number has been decreasing since then.

On September 8, the authorities reported 702 new infections and 24 deaths. The number of active cases dropped to 13,952.

Elsewhere in Southeast Europe, 15 coronavirus patients were killed in fires that ripped through two hospitals in Romania in deadly accidents in November 2020 and January 2021.

Ukraine will receive $5.5bn in support from the US later this month
14 hours ago
John Malkovich to turn Skopje into Hollywood of the Balkans
15 hours ago
Envoy says start made on construction of Turkish attack drone factory in Ukraine
1 day ago
Huge explosion rocks Russian airbase on the Crimean peninsula
1 day ago
Russia cuts oil flow via Ukraine's Druzhba pipeline, blaming sanctions for blocking transit payments
1 day ago