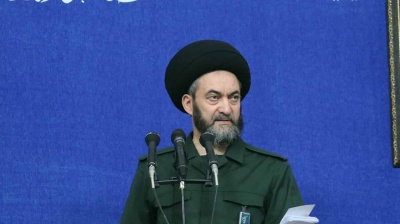 Iran appears to have moved infantry divisions and rocket artillery to its northwestern border with Azerbaijan amid indignation in Tehran at military exercises performed by the self-styled “Three Brothers”—Azerbaijan, Turkey and Pakistan—and attempts by Baku to hinder Iranian trade flows that are important to the ethnic Armenians of the Nagorno-Karabakh enclave.

One representative of Iran’s supreme leader warned Azerbaijan to not “play with the lion’s tail”.

Social media lit up, meanwhile, with Iranian hardliners posting comments on the war games organised by Baku, Ankara and Islamabad, which by all accounts compelled Tehran to send troops and weapons, including armed drones, to the border with Azerbaijan in a show of force. When General Hikmat Mirzayev, Azerbaijan’s special forces commander, said during the commencement of the military exercises that cooperation between the “Brothers” was at “the highest level,” it got backs up in Iran. Another annoyance was Turkey’s participation last week with Azerbaijani forces in submarine and defence group armed forces exercises on the Caspian Sea—the Iranian foreign ministry has referred to the “illegality” of the Turkish presence as regards a convention signed by the states with a Caspian coast.

An unverified video circulated on Iranian Telegram social media channels, reportedly filmed from the Azerbaijani side of the Aras River that separates Iran and Azerbaijan, shows dozens of Iranian infantry divisions and rocket units moving towards the Parsabad area in Ardabil Province, which borders Azerbaijan.

Another video, put out by the Telegram channel of Miran Press, which is closely aligned with Iran’s elite Islamic Revolutionary Guard Corps (IRGC), shows dozens of Iranian military trucks heading to the border.

Iran has lately been annoyed by a new Azerbaijani tactic of imposing a $130 road “tax” on Iranian truckers transporting badly needed goods including oil and gasoline to the ethnic Armenians of Nagorno-Karabakh, who lost territory to Azerbaijan in last autumn’s war over the breakaway territory. A small part of the road the Iranian trucks use to reach Nagorno-Karabakh runs across Azerbaijani territory and Baku has seized on this fact to demand the tax. Matters escalated on September 15 when Baku confirmed it had detained two Iranian truck drivers. Tehran attempts to show a studied neutrality in the dispute between Baku and the Armenians over Nagorno-Karabakh, but the move against the trucks has tested its patience.

It was apparently the arrest of the truck drivers that spurred the Iranian supreme leader’s representative in Ardabil, largely inhabited by Iranian Azerbaijanis (who nationwide make up around a fifth of Iran’s population), to warn Azerbaijan not to “play with the lion’s tail”. The representative, Seyyed Hassan Ameli, added that the IRGC should demonstrate Iran’s strength to both Azerbaijan and Turkey.

‘An incident that cannot be ignored’

“Any country has the right to invite another country to conduct military exercises. But there was an incident here that cannot be ignored,” Ameli said. “On the eve of the start of the exercises, the Turkish newspaper Yeni Safak, which expresses the point of view of the government and of the president of Turkey personally, chose the following headline for an interview with a member of the Azerbaijani parliament: ‘Iran will disappear from the map.’

"We ask the Supreme National Security Council to allow the IRGC to demonstrate just one half of Iran's power on this side of the border and to tell them 'Do not play with the lion's tail,'" Ameli said.

As part of the deployment of troops, Iran on September 20 reportedly tested the Mohajer-6 armed drones of the IRGC’s aerospace division.

Iranian political specialist Vardan Voskanyan made what many Azerbaijanis might take as some provocative comments on his social media channel on September 20. As reported by News.am, he said:  “The scope of Iranian military exercises on the border with an artificial formation called Azerbaijan is extremely remarkable in itself.”

He added: “Judging by the materials made widespread by Iranian sources, it covers almost the entire length of the Iranian border with the Talysh regions of Azerbaijan.”

The Talysh in Azerbaijan are a non-Turkic, mainly rural people who speak an Indo-European language close to Persian. “Considering that the Talysh problem has become somewhat exacerbated in Azerbaijan recently, leading even to the fact that one of the Talysh organisations with extremely moderate positions is left in serious dissatisfaction, then the choice of zone for the Iranian military exercises clearly contains several open messages at once,” Voskanyan also said.

Russian President Vladimir Putin has called on BRICS countries to support Russia in the face of "selfish actions" from the West. The summit of BRICS leaders is being hosted by Beijing via videolink.