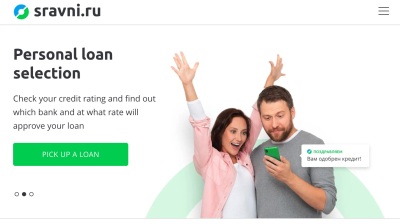 Sravni.ru defines its mission as: “to help people make the right choices and achieve financial goals.” Its users are assisted in choosing financial and insurance products, including deposits, loans or credit cards, and finding relevant instruments to buy an apartment or make an investment for the future.

Founded in 2009, Sravni.ru attracted funding in 2014 from Tinkoff Digital, the famous online bank owned by Tinkov and Goldman Sachs. The amount of the funds raised was not disclosed, but the company was valued at $5mn at that time, according to estimates that circulated in the media.

Citing official company registers, VC.RU reports that the company generated 1.15bn rubles in revenues in 2019 (approximately $18mn at the average exchange rate of the year). Net profit reached 6.9mn rubles (a little more than $100,000). An affiliate company called Sravni.ru Labs generated 139.7mn rubles in revenues and 15.9mn in profit (around $2.2mn and $247,000 respectively).