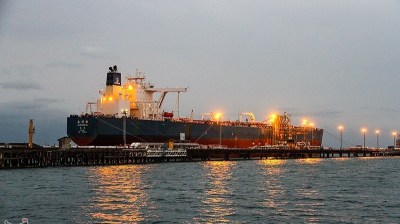 China has expressed its strong disagreement with US sanctions levied on a Chinese energy firm accused of purchasing Iranian oil.

The US sanctioned Zhuhai Zhenrong Co because it “knowingly engaged in a significant transaction for the purchase or acquisition of crude oil from Iran”, according to US Secretary of State Mike Pompeo. Beijing firmly opposed the move, Chinese foreign ministry spokeswoman Hua Chunying told reporters, adding that China’s cooperation with Iran was normal under international law.

“We urge the US to correct this wrongdoing and stop its illegal sanctions on companies and individuals,” she added. “The US has neglected the legitimate rights of all countries and randomly applies sanctions, this is in violation of international law.”

Since May, the US has been attempting to shut down all of Iran’s crude oil export sales on world markets under its “maximum pressure” sanctions policy directed at Tehran in an effort at forcing the Iranians to make concessions on their nuclear program and support for various militias in Middle East conflict zones, among other matters. China is known as the number one buyer of Iranian oil, but how much crude it has been buying officially, and unofficially, since Washington announced its attempted oil embargo is not known. Analysts assess that the sales might have become a bargaining chip in Beijing’s trade war negotiations with the US.

Crude sits in “bonded storage”
Meanwhile, on July 22 Bloomberg reported that Iran continues to send its crude to China where it is being put into “bonded storage”, according to people familiar with operations at several Chinese ports. This supply doesn’t cross local customs or show up in the nation’s import data, and isn’t necessarily in breach of sanctions as it has not been taken over the border. While it remains out of circulation for now, its presence is looming over the market.

The store of oil has the potential to push down global prices if Chinese refiners decide to draw on it, even as the Organization of Petroleum Exporting Countries (OPEC) and allies curb production as growth slows in major economies. It also allows Iran to keep pumping and move oil nearer to potential buyers, the report noted.

“Iranian oil shipments have been flowing into Chinese bonded storage for some months now, and continue to do so despite increased scrutiny,” Rachel Yew, an analyst at industry consultant FGE in Singapore, was quoted as saying, adding. “We can see why the producer would want to do so, as a build-up of supplies near key buyers is clearly beneficial for a seller, especially if sanctions are eased at some point.”

Bloomberg tanker-tracking data was cited as showing that at least 10 very large crude carriers and two smaller vessels owned by the state-run National Iranian Oil Co. and its shipping arm were currently sailing toward China or idling off its coast. They have a combined carrying capacity of over 20mn barrels.

“The US will now need to define how it quantifies the infringement of sanctions,” Michal Meidan, director of the China Energy Programme at the Oxford Institute for Energy Studies reportedly said. There’s a lack of clarity on whether it would look at “financial transactions or the loading and discharge of cargoes by company or entity,” she said.