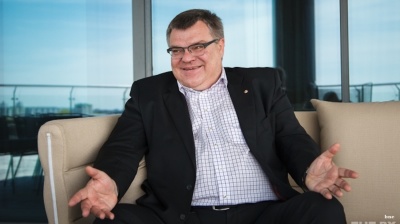 Former banker Viktor Babariko has been disqualified by Belarus' central electoral commission due to the ongoing investigation into his alleged money-laundering activities.
By bne IntelliNews July 14, 2020

Viktor Babariko, an ex-banker detained a month ago on money-laundering and bribery charges, was excluded from the ballot because the criminal investigation against him, according to the election commission.

Another strong challenger, Valery Tsepkalo, a former ambassador to the United States and founder of a successful high-tech park in Belarus' capital, Minsk, was also rejected after a large proportion of signatures supporting his presidential bid were nullified.

Babariko and Tsepkalo, both of whom had no political experience before they announced their presidential bids this May, had been widely considered as the strongest contenders against Lukashenko, as the incumbent president, who has ruled Belarus since 1994, faced popular frustration over the economy and his handling of the coronavirus (COVID-19) pandemic.

Apart from Lukashenko, the central electoral commission has registered Svetlana Tikhanovskaya, the wife of popular opposition blogger Sergei Tikhanovsky, who has been jailed for several weeks following anti-Lukashenko protests in May, and three obscure candidates, Anna Kanopatskaya, Andrei Dmitriyev and Sergei Cherechen.

The election is scheduled for August 9.

MOSCOW BLOG: Does Lukashenko have enough forces to oppress the entire country?

Belarus inflation in July remained flat compared to June at 5.2% year on year

Ladies' Night as Belarus protests go into day four
12 hours ago
500 Belarus IT CEOs threaten to move their business out of the country unless violence ends, new elections are held
13 hours ago
Iran hails claimed coronavirus vaccine breakthrough
1 day ago
EBRD seriously concerned by indictment against Moldova’s Victoriabank
23 hours ago
Opposition leader Svetlana Tikhanovskaya forced to leave Belarus as protests go into their third day
1 day ago