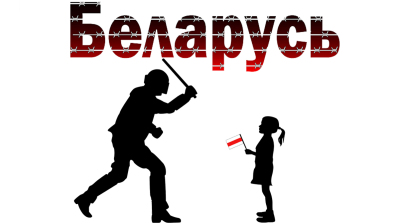 Hundreds of supporters rallied at the weekend to show solidarity with the embattled population as Belarus marks the anniversary of disputed presidential elections that plunged the country into crisis.
By Ben Aris in Berlin August 9, 2021

Belarusians went to the polls to choose a new president exactly a year ago on August 9 in elections that plunged the country into its worst political crisis in three decades.

Demonstrations were held across Europe on August 8 as the diaspora and Belarus’ supporters came out to show solidarity with the embattled population. Large rallies were held in London and Kyiv among other cities where crowds paraded with the trademark white-red-white flag of a democratic Belarus.

Incumbent Belarusian President Alexander Lukashenko claimed victory according to the official results in the vote a year ago that was widely seen as rigged and actually won by opposition leader Svetlana Tikhanovskaya, a former English teacher and housewife who stood for election after her husband Sergei Tikhanovsky, one of the leading opposition candidates, was jailed on trumped up charges.

Mass demonstrations began the same evening that quickly descended into violence and half a dozen people were killed while tens of thousands were detained. Today just over 600 people remain in jail as political prisoners while most of the opposition leaders, including Tikhanovskaya, have fled into self-imposed exile.

A few polling stations announced the “real” results of the election that showed Tikhanovskaya winning a landslide victory, but the Central Election Commission (CEC) quickly burnt the ballot papers making a recount impossible while its head, Lidia Yermoshina, fled abroad in fear of her life as the protests swelled.

Countrywide protests continued each week and the Lukashenko regime came close to falling. The president was openly heckled by a crowd at the MZKT military truck factory, a crowd that normally makes up the strongman’s core blue collar supporters and he fled the scene.

However, Russian President Vladimir Putin came to Lukashenko’s rescue, promising to provide military support for the wobbling regime “if necessary” that shored up Lukashenko’s support amongst the OMON special police and security forces, allowing the president to retake the initiative and hang on to power.

The freezing cold winter months brought the mass protests to an end and they have not restarted as the weather warmed this spring. Lukashenko has ramped up a Stalinesque crackdown on any and all dissent and in the meantime has closed virtually all of the liberal press and more recently launched an assault on NGOs with raids and arrests.

The White House is expected to impose fresh sanctions on Belarus this week after Tikhanovskaya met with US President Joe Biden in Washington last week. She has been relentlessly touring the world’s capitals, meeting with presidents, prime ministers and lawmakers to lobby for more stringent sanctions and to keep the Belarusian case in the news.

However, as the first anniversary passes the situation remains in a stalemate. The mass protests have died down, but the population remains adamantly opposed to Lukashenko, who remains in power by dint of brute force alone. Sanctions have wounded the Belarusian economy but experts assess they have only affected some 5-12% of GDP. However, the sanctions have totally isolated Lukashenko, who for decades has played flirting with Brussels off against Moscow. Belarus is now entirely dependent on Russia for its funding. The Kremlin has shown itself to be reluctant to spend anything more than the bare minimum on preventing the Belarusian economy from collapsing, having extended a total of $1.5bn in loans so far. Experts estimate that the total cost to the Kremlin for the first year of protests was in the order of $2bn-3bn but estimate that that cost will rise to $6bn-10bn in the second year – probably more than the Kremlin is willing to pay.

At the same time the Belarusian economy is under enormous pressure. Having maintained a balanced budget for years thanks to the country’s significant exports of raw materials – primarily potash and refined oil products – the current budget deficit is reported to be in the order of 30% of GDP. Cut off from the international capital markets, the only way of funding the gap is help from Russia, but that is not a long-term solution. While Moscow will probably continue to prevent an economic collapse, the Kremlin is also under pressure to find a resolution to the crisis as soon as possible as Belarus’ current economic situation is not sustainable for any length of time.

The western sanctions have inflicted a lot of economic pain on Belarus, but they are ineffective as a mechanism to oust Lukashenko. As Moscow is in the midst of a campaign to walk back tensions with the US, a policy that Biden also advocated at a one-on-one summit with Putin in Geneva on June 16, the Belarusian crisis comes at a very inconvenient time. The Kremlin is believed to want Lukashenko gone too, but the problem is how to achieve this without losing control of the process.

A long mooted change to the constitution has been proposed and will probably go to referendum in February that could see Lukashenko’s powers reduced and those of parliament increased as a possible compromise solution. But Lukashenko has already suggested that the All Belarus People’s Congress, an informal body with no formal power now, be upgraded to a formal body with real political power and the speculation is Lukashenko will make himself head of that body as a way of retaining power.

In the meantime the population remains harassed by the security forces and KGB. Anyone that expresses any support for the opposition, no matter how trivial, remains in danger of arrest, jail, torture and death. Belarusian opposition activist and head of Belarusian House Vitaliy Shishov disappeared in Kyiv on August 2 while out jogging and his body was found hanging from a tree in a Kyiv park the next day, raising speculation he was killed by the Belarusian KGB. Top opposition blogger Roman Protasevich and his girlfriend who were arrested after Minsk forced a Ryanair flight to the ground on May 23 also reported being followed by Belarusian security forces while in Athens to attend a conference. Belarus’ opposition in exile now live in fear of their lives as Lukashenko shows his secret services can reach beyond the Belarusian borders.