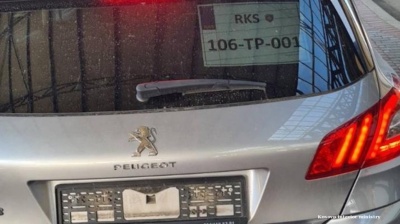 Kosovan PM Albin Kurti announced new rules for crossing the border into Kosovo with Serbian ID cards and licence plates on June 29, sparking an angry reaction from Serbian officials, and leading to a new spike in tensions in the region.

Serbian President Aleksandar Vucic claimed that with the latest decision, Kosovo’s authorities want to expel the Serbs living in Kosovo, while the director of the Serbian office for Kosovo and Metohija, Petar Petkovic, stated that with the decision Kurti openly threatened war against Serbs in Kosovo.

The relations between Serbia and Kosovo have been tense for years, as Belgrade does not recognise Kosovo as a separate country after the unilateral declaration of independence in 2008. A previous spat over Kosovo’s licence plate rules in September 2021, brought the situation between the two countries to what politicians said was its most dangerous point in 10 years.

With Moscow backing Serbia in its refusal to recognise Kosovo’s independence, the unsolved situation between Serbia and Kosovo is seen as one of the main potential flashpoints in the Western Balkans.

Kurti said in a tweet that the government’s new decision regulates the crossing of the border for citizens with ID cards issued by Serbian authorities, as well as cars with Serbian license plates.

Kurti explained that any person who wants to cross the border with Serbia with a personal identification document issued by Serbian authorities will be provided with a declaration form that temporarily replaces the use of such a document.

At the same time, vehicles with Serbian license plates that want to cross the border must continue to have a sticker to hide the national symbols and state designation.

Kosovo’s government also took a decision to allow residents, mostly from the north of Kosovo populated mainly by ethnic Serbs, who have license plates issued by Serbia to obtain Kosovo’s RKS license plates.

The sticker regime for vehicles travelling across the Kosovo-Serbia border was applied since October 2021 under the interim license plate agreement which resolved the crisis sparked by Pristina’s previous new rules on car number plates enacted last September. The rules imposed a reciprocity measure by asking Serbian cars to replace their license plates with temporary ones to enter Kosovo. The prompted ethnic Serbs, unhappy with the decision, started a road blockade at two border crossings to Serbia.

On the other hand, EU envoy for Serbia/Kosovo dialogue, Miroslav Lajcak, who is visiting Kosovo, was cited by BIRN as saying that he aims for a final agreement on normalised relations between the two countries before the EU heads into elections in 2024.

Lajcak said that the next two years, before the EU elections, should be used to give the EU-mediated dialogue a fresh impetus.

FDI in CEE: It’s about Russia, inflation and populism

Leaders of Serbia and Kosovo to meet as they pull back from brink of conflict
FDI in CEE: It’s about Russia, inflation and populism
MITTELEUROPEAN INSIGHTS: Brussels needs to jump-start the Western Balkan accession process