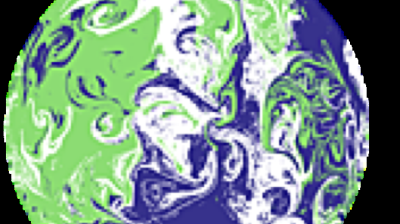 COP26 is taking place in Glasgow.
By Richard Lockhart in Edinburgh November 4, 2021

The World Bank has backed the issue of $500mn of green bonds ever year for 10 years in a bid to raise private capital to scale up clean energy and sustainable infrastructure in emerging economies.

The new green initiative was launched by the UK, the US and Japan, and involves the Climate Investment Funds’ (CIF) Clean Technology Fund (CTF) unveiling the new CIF Capital Market Mechanism.

It is the first time a multilateral climate fund such as CIF has leveraged its balance sheet in the capital markets to unlock urgently needed private investment to help narrow the clean infrastructure gap in developing countries.

The World Bank said that the CTF’s access to capital markets will provide an important contribution to scaling up scarce public capital to achieve climate ambition.

US Treasury Secretary Janet Yellen said: “The United States is pleased to join with other countries to support the Climate Investment Funds Capital Markets Mechanism. This innovative initiative will help attract significant private climate finance and provide new funding for the Clean Technology Fund with its valuable work in assisting countries with their transition to a clean energy future.”

Minister of Finance of Japan Shunichi Suzuki said: “We welcome the launch of [the] new CIF Capital Market Mechanism. In order to achieve our common goal of [the] 1.5 degree target, Japan supports developing countries to accelerate the transition away from coal through the financing mechanism with relevant multilateral development banks. Japan recognises the importance of transition finance and supports best available options based on each country’s circumstance.”

The announcement, timed to coincide with the COP26 conference, came as Mark Carney told COP26 that the world needed $100 trillion over the next three decades to reach net zero by 2050.

"The money is here – but that money needs net zero-aligned projects and (then) there's a way to turn this into a very, very powerful virtuous circle – and that's the challenge," he told the summit, Reuters reported.

Under the programme, which is backed by the United States, United Kingdom, Japan and others, CIF would monetise existing assets from its Clean Technology Fund to issue bonds in the capital markets. The proceeds will provide a predictable flow of new concessional climate finance for eligible public and private projects that yield long-term, sustainable gains in key emerging markets.

The funds raised will be disbursed through multilateral development bank partners as equity, debt, mezzanine finance, guarantees, and other forms of finance to help create sustainable markets and scale investment in cutting-edge clean energy and infrastructure projects.

Clean energy transitions in emerging economies are central to meeting and exceeding the Paris Agreement and Sustainable Development Goals.

Developing countries are home to two-thirds of the world’s population and on track to consume 70% of energy supply and represent 60% of GDP. In 2020, however, developing nations received just one-fifth of clean energy investment, seven times below the threshold needed to achieve a net-zero economy by 2050.

CIF has generated an additional $61bn in co-financing for mitigation and adaptation interventions at scale in 72 recipient countries.