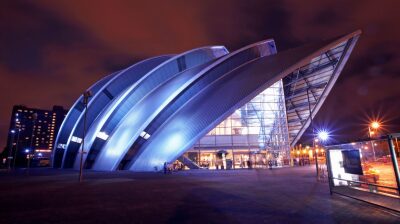 Poland, Ukraine, Vietnam and a host of other major coal-burning countries made clear commitments to phase out coal power in the coming years, as the UK presidency of COP26 claimed that “the end of coal is in sight.”

A 190-member coalition of countries and organisations have agreed to the Global Coal to Clean Power Transition Statement at COP26 in Glasgow.

The statement means that 18 countries have for the first time committed to phase out coal at home and not to build or invest in new coal power. Poland, Ukraine, Vietnam and Chile are among the countries, meaning that some of the biggest coal burners outside the world’s richest countries have now joined the global clean energy transition.

However, absentees included China, India, the US and Russia, substantially weakening the future effectiveness of the new deal.

Also at COP26, the Powering Past Coal Alliance (PPCA) separately announced that 28 new members had joined the organisation, a group of government, companies and local authorities that aim to phase out coal at home and accelerate the global transition from coal to clean energy.

Ukraine, Chile, Singapore, Mauritius, Azerbaijan, Slovenia and Estonia have all joined, along with Ukraine.

This means that nearly two-thirds of OECD & EU governments are now PPCA members and on the way to phasing out coal by 2030.

Ukraine said it would end coal power by 2035, while massively investing in renewables and ensuring a just transition for workers and communities. It is a major step for a country that has the third-largest coal fleet in Europe after Germany and Poland.

"Ukraine is moving towards the decarbonisation of the energy sector, in particular, complete decommissioning of coal-fired thermal power plants [TPPs], as well as a significant increase in renewable generation. This objective, however, requires developing highly flexible and low-carbon generation, as well as integration of energy markets of Ukraine and the EU. In this context, we are working with our international partners to attract investment, technology and expertise," said German Galuschenko, Minister of Energy of Ukraine.

DTEK, the biggest private investor in Ukraine's energy sector, also joined the Alliance, committing to powering operations without coal by 2040.

Similarly, Chile set 2040 as its date for being coal-free, while Mauritius set 2030 and Croatia also joined, determining 2033 as its coal-free date.

Singapore is the first country in Asia to join the PPCA and, as a leading financial centre, it has committed to catalysing green finance for the continent’s transition towards greater sustainability.

Export Development Canada is the first export credit agency to enter the Alliance, and played a key role in ending OECD export credit support for unabated coal-fired power plants. Together, the now 33 finance members of the Alliance account for over $17 trillion in assets.

Poland’s support for the Global Coal to Clean Power Transition Statement means the EU’s move away from coal is now on a much firmer footing.

Vietnam’s support is a beacon of progress for other countries in Southeast Asia, leaving just India and China as the continent’s major coal burners that have not joined the global phase-out movement.

It also sets a target date of the 2030s for ending coal in major economies, and the 2040s for the rest of the world.

The countries must also invest in a just transition away from coal power in a way that benefits workers and communities, thereby mitigating unemployment and the economic impact of coal closures.

The statement was announced at COP26 by the UK Business and Energy Secretary Kwasi Kwarteng.

“Today’s ambitious commitments made by our international partners demonstrate that the end of coal is in sight. The world is moving in the right direction, standing ready to seal coal’s fate and embrace the environmental and economic benefits of building a future that is powered by clean energy,” said Kwarteng.

There have been agreements to end coal financing in recent months, but this is the first time that a long list of coal emitters have committed to ending coal power over the next two decades.

The G7, G20 and OECD have all agreed to end coal financing abroad – the G20 only last week.

China is the biggest threat to accelerating the decline of coal. While China is in fact a world leader in building new solar and wind power in a bid to squeeze coal in the long run, it is also the world’s largest consumer of coal, and the world’s biggest emitter.

Crucially, it expects an increase in emissions for the rest of the decade, and recently refused to bring forward its target date for peak emissions.

For India, coal is a crucial fuel, and even though PM Modi said on Monday, November 1 that renewables would account for 50% of electricity by 2030, the rest is predominantly made up of coal.

The move away from coal at COP26 will now put considerable pressure on China, India, the US and Russia to make comparable statements in future to reduce their dependency on coal.