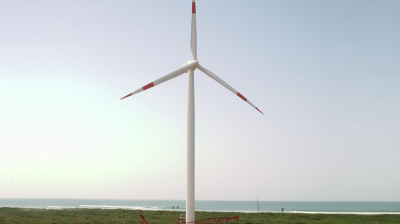 While the EU has raised its green targets through the REPowerEU programme, part of the wider Green Deal package, Ember warned that there was an implementation gap, whereby solar and wind projects are being held back by permitting delays and a lack of supportive legislation.

These slow rates of wind and solar deployment will only exacerbate the current cost and security crisis the EU’s energy sector is facing.

Ember said its modelling showed that 76 GW of new wind and solar capacity per year needed to be built by 2026 if global warming is to be limited to 1.5C by 2050. This means that the EU must double wind and solar deployment from 34 GW in 2021, and also rapidly increase annual additions from the forecast 2026 figure of 38 GW.

This warning comes as the EU has raised its green energy targets as energy security has shot to the top of the its agenda in order to combat the global gas crisis and to deal with the impact of Russia’s war on Ukraine,

The European Commission’s REPowerEU proposal has raised the EU’s targets to 1,236 GW of renewable capacity by 2030, compared with a target of 1,067 GW under previous plans, and up from 513 GW of installed capacity in 2021.

Ember also said that many national governments have also committed to expanding renewables as a way to address spiking fossil gas prices and energy security concerns.

Ember warned that although the EU’s new targets are welcome, it is member state governments themselves that have to most to do if any of the targets are to be met.

Ember called for actual delivery of these targets through national legislation, the removal of administrative barriers, effective support schemes and increased investment.

Harriet Fox, energy & climate data analyst at Ember, said: "Europe no longer lacks renewables ambition, but it is now facing an implementation gap. Higher targets have not yet translated into accelerated deployment on the ground. Europe needs to urgently buckle down on removing permitting barriers to unleash the full potential of renewables."

Only four out of 27 EU countries – Finland, Croatia, Lithuania and Sweden – will achieve sufficiently high annual wind capacity increases to align with 1.5C, Ember said, while the EU as a whole is also not on track for required solar deployment rates.

A crucial issue is that deadlines for granting wind and solar permits are being exceeded by up to 5 times. EU legislation says that permit granting for renewable projects should not exceed two years.

Across 18 countries analysed by Ember for onshore wind projects, the average permitting time exceeded the two-year mark in all cases, in some by up to five times. For solar, the two-year limit was exceeded in nine of 12 analysed countries, with delays up to four years.

Predictions for France, Spain and the Netherlands show flat or decreasing installation rates to 2026. The later these countries pick up their deployment pace, the faster they will have to accelerate in the lead-up to 2030.

The German Easter Package lays out an ambitious deployment schedule which plans to add 10 GW per year onshore wind capacity from 2025 onwards and 19 GW of offshore wind between 2026 and 2030. This would put German deployment rates far above current predictions and on track to reach a total of 145 GW wind capacity by 2030 and aligned with 1.5C benchmarks.

In Poland, the government reached preliminary agreement to update a problematic wind law which has blocked investment in onshore wind since 2016, and the first offshore wind farm is expected to start operating in 2026.

Ember was especially worried that while solar deployment rates from the previous three years seem promising, predictions for the next four years paint a different picture.

To keep up with REPowerEU and 1.5C-aligned ambition, attention must now turn to removing barriers to installation, Ember concluded.

To begin tackling barriers to deployment, the existing two-year permitting limit, stated in the Renewable Energy Directive (RED), needs to be enforced by the European Commission. To align with REPowerEU and 1.5C, it is equally important that the amendment to the RED is passed this autumn, raising the EU’s 2030 renewable energy target to 45%.

Furthermore, the 1.5C-aligned capacity expansion pathways should also be transposed into the updated National Energy and Climate Plans (NECPs) during the formal review process in 2023.

At a national level, auction volumes should be significantly increased to capacities in line with 2030 targets.

Renewable energy ‘go-to’ areas, taking into account environmental and social concerns, should be designated as suggested in REPowerEU where permit granting should not exceed one year. Finally, permitting processes should be streamlined through investments in personnel and digitalisation to ensure they are compliant with the two-year limit.

Slow wind and solar deployment will only exacerbate the current cost and security crisis the EU’s energy sector is facing.

Rapid expansion of these technologies will help the EU to replace expensive and uncertain fossil fuel imports with clean and secure sources of energy, whilst also reducing electricity prices.

ING: Eurozone PMI suggests the region may already be in recession