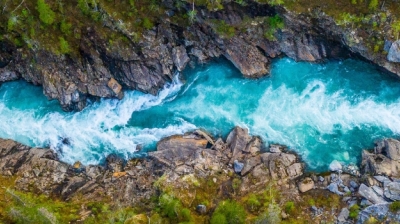 G7 countries have the potential to reach net zero in the power generation sector by 2035 and spur decarbonisation in other economies and sectors.

The International Energy Agency (IEA) noted in a report this week that reaching the 2035 target could accelerate the technological advances and infrastructure rollouts needed to lead global energy markets towards net-zero emissions by 2050.

The report, which was published at the request of the UK, which currently holds the G7 presidency, stressed that the G7 can jump-start innovation and lower the cost of new technologies, while at the same time maintaining electricity security.

The new report builds on the IEA’s landmark Roadmap to Net Zero by 2050, published earlier this year, and on the June G7 Summit. It is designed to inform discussions at the COP26 Climate Change Conference in Glasgow, for which the UK also holds the Presidency.

The roadmap calls for an immediate end to new investment in all fossil fuel supply projects, and no further final investment decisions (FIDs) for new unabated coal plants.

At their June meeting, the G7 leaders pledged to end public financing of unabated coal by the end of 2021. They also committed to halving collective emissions over the two decades to 2030 and to increasing and improving climate finance to 2025.

“G7 members have the financial and technological means to bring their electricity sector emissions to net zero in the 2030s, and doing so will create numerous spill-over benefits for other countries’ clean energy transitions and add momentum to global efforts to reach net zero emissions by 2050,” said Fatih Birol, the IEA Executive Director.

“G7 leadership in this crucial endeavour would demonstrate that getting to electricity sectors with net-zero emissions is both doable and advantageous, and would also drive new innovations that can benefit businesses and consumers.”

The G7’s commitments are crucial for reaching the Paris Agreement’s 2050 targets, as the G7 now accounts for nearly 40% of the global economy, 36% of global power generation capacity, 30% of global energy demand and 25% of global energy-related carbon dioxide (CO2) emissions.

The electricity sector now accounts for one-third of the G7’s energy-related emissions, down from a peak of nearly two-fifths in 2007.

In 2020, natural gas and renewables were the primary sources of electricity in the G7, each providing about 30% of the total, with nuclear power and coal close to 20% each.

According to the IEA’s pathway to net zero by 2050, renewables need to provide 60% of the G7’s electricity supply by 2030, whereas under current policies they are on track to reach 48%.

The new G7 report called on the countries to demonstrate that electricity systems with 100% renewables during specific periods of the year and in certain locations can be secure and affordable. At the same time, increased reliance on renewables does require the G7 to lead the way in finding solutions to maintain electricity security, including seasonal storage and more flexible and robust grids.

In terms of jobs, achieving net zero in the power sector by 2035 would create as many as 2.6mn jobs in the G7 over the next decade, but as many as 300,000 jobs could be lost at fossil fuel power plants, with profound local impacts that demand strong and sustained policy attention to minimise the negative impacts on individuals and communities.

“Decarbonising electricity is essential to keep 1.5 degrees alive, as well as to provide the power for electrification of other sectors. Key G7 milestones in the report include phase out of unabated coal and reaching 60% renewable share of electricity by 2030 and overall net-zero electricity emissions by 2035. The private sector stands ready to support this effort.”

The IEA’s report comes as the UK was named the highest-ranking G7 member in KPMG’s Net Zero Readiness Index (NZRI). The UK leads the G7, with only Norway judged to be better prepared.

The report compares the progress of a selection of countries in reducing the greenhouse gas (GHG) emissions that cause climate change and assesses their preparedness and ability to achieve net zero by 2050.

Simon Virley, vice-chair and head of energy and natural resources at KPMG in the UK, said: “The UK has made great strides on decarbonisation, particularly in the power sector, over the past decade and we are now halfway to net zero. We also have a strong political consensus and a world-leading framework for tracking progress put in place by the Climate Change Act.”

The UK’s power sector is largely decarbonised, with coal generation planned to end in 2024 and the proportion of renewable energy used in electricity production topping 40% in 2020, supporting the country's second place on electricity and heat.

However, on a global scale the NZRI warned that countries are lagging in adopting Net Zero targets and signing them into law.

Governments needed to harness the power of the financial markets to deliver Net Zero. Investors and banks are increasingly factoring climate risk and Net Zero transition into their investment and lending decisions, with escalating growth in climate-related financial products. Governments can support this with measures such as carbon pricing.

In terms of countries, Japan was the highest Asian country in 7th place, while South Korea was 15th and Singapore 15th. China was still further down the list at 20th.

On the other hand, a number of African and Asian countries were named as “countries to watch”, where there are significant opportunities to advance decarbonisation efforts.

As ever, the IEA has welcomed progress, but has warned that it is too slow. It is now taking the world’s richest nations as an example of how to finance green technologies.

However, the barriers to investment will be higher in the developing world, and the strong investment networks and established regulatory systems will not necessarily be available.

Europe’s efforts to fill its gas reserves ahead of the coming winter could come with a hefty price tag, as global LNG price have reached up to 10 times their normal levels as the continent scrambles for available cargoes.

The record increase in UK wholesale gas prices in the last three years is the prime driver of the sky-high energy bills being faced by consumers, with the country’s renewables roll-out unable to keep prices down.

Waste generation has increased sharply in recent decades, but waste management infrastructure has in general failed to keep up.