bneGREEN: Gas and nuclear still in the running to be included in EU green taxonomy 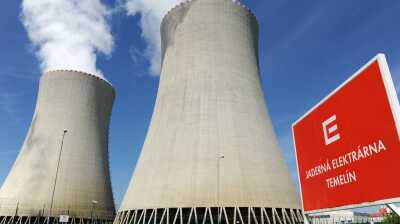 The EU is set to make a final decision on December 22 on whether to include nuclear power and natural gas in its green taxonomy.

The issue is dividing EU members, with France and number of nuclear CEE states, such as the Czech Republic, Hungary, Bulgaria and Romania, in favour of including atomic energy and natural gas, while Germany is leading a group that also includes Italy, Spain, Denmark, Austria and Luxembourg that is against including gas and nuclear in the green taxonomy.

Pro-gas and pro-nuclear countries regard gas as a transition fuel that can help reduce emissions in countries such as Poland and the Czech Republic that are now aiming to reduce coal’s role in power generation.

The nuclear lobby, meanwhile, is strong, with energy ministers from Bulgaria, Croatia, Czechia, Finland, France, Hungary, Poland, Romania, Slovakia and Slovenia speaking out in October to support nuclear’s inclusion in the taxonomy.

The taxonomy is part of the EU’s Green Deal and aims to create a concise and clear list of economic activities can be considered sustainable and green. This is a key instrument in Brussels’ attempts to prevent greenwashing and to focus green investments on effective project.

The EU wants the new taxonomy to create investment certainty for companies, investors and policymakers.

Weak European sustainable financing rules would particularly affect those economies lagging behind in the transition towards climate neutrality. The EU taxonomy is therefore one of the most important policy tools to get right and enable a post-fossil energy transition in the central and eastern parts of the bloc.

However, the role of nuclear and gas in any green taxonomy will be a major political issue, particularly given the momentum provided by the COP26 conference towards reducing fossil fuels’ role in the energy sector, and especially a move away from coal.

The EU’s green taxonomy is a crucial benchmark and reference point for defining what projects and investment are green or not, and will form the foundation for a green bond standard that will be used to issue €250bn as part of the EU’s post-pandemic recovery fund.

The International Energy Agency (IEA) has said that there can be no new investment in gas-fired generation, and that existing gas-fired power plants will have to be phased out by 2035 in the OECD and 2040 globally.

The role of gas is further complicated by the current volatile nature of the European gas market, with high prices and a recent political row with Russia over supplies and the signing of new long-term contracts.

Put simply, Russia would like to sign more long-term contracts with its customers with CEE and in Germany and Austria, while the EU wants to reduce the role of such contracts as part of a move to a more market-based gas supply model.

The EU also this week published legislation, which formed the second part of its Fit for 55 energy package, that would increase the role of hydrogen in European gas markets and reduce methane emissions.