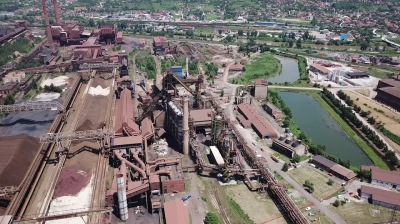 The EU’s Green Deal and Carbon Border Adjustment Mechanism (CBAM) will hit the EU’s trading partners in Africa and non-EU Eastern Europe particularly hard, with countries that are highly dependent on trade with Europe and too weak to change trading patterns quickly set to face the most risk.

A new study from the Institute for Advanced Sustainability Studies (IASS) in Potsdam, Germany warned that the EU’s efforts to prevent carbon leakage and to create a level-playing field for promoting decarbonisation will damage exports from these regions.

If trading volumes fall, then the CBAM could actually miss its stated target of tackling carbon leakage and reducing emissions across the world.

The report noted that the CBAM’s impact on trading patterns and on carbon-intensive industries is unevenly distributed across Africa and Eastern Europe.

For Morocco, a reliance on fossil fuels to generate electricity leaves little room for a rapid decarbonisation. This means that its exports to the EU, from clothes to food, will have a high carbon footprint, making them liable to a high CBAM levy.

Mozambique, meanwhile, is in a possibly worse situation, as the country lacks the resources to reliably measure and verify the carbon footprint of its exports.

The CBAM could in fact narrow the country’s trading options rather than act as an incentive to decarbonise, as there is no data available to make the system work,

Bosnia-Herzegovina features a poorly diversified list of trading partners and export goods: 72% of its exports, headed by steel and aluminium, go to the EU, which the country hopes to join in the future.

“Exposure relates to the importance of trade with the EU for the economy in question. Vulnerability, in turn, can be defined as the inability to adapt by, for example, shifting trade flows, or decarbonising and verifying a product’s carbon content,” said report lead author Laima Eicke.

This emissions-intensive energy system increases the carbon footprint of products produced in Morocco and is likely to result in a large levy under the CBAM.

Mozambique’s lower GDP and low level of economic development mean the complexity and cost of reporting the carbon content of export products is a particular challenge. The country still does not have the expertise, capacity or reliable data to quantify its carbon footprint.

“Previous experience of low-carbon transitions in energy-intensive industries shows that these require large-scale investment over a longer period. Efforts to mobilise and subsidise investment in these industries are already underway within the EU. Manufacturers in Bosnia and Herzegovina will struggle to ‘go green’ at a pace sufficient to remain competitive in the EU,” says co-author Silvia Weko.

Measuring the cost of the CBAM to exporters into the EU has so far been an inexact science. The green think-tank E3G has estimated that Russia would face the highest additional net costs of €602mn by 2035, coming mainly from iron and steel imports.

The EU revealed details of the CBAM in July 2021, and expects to have the system up and running by 2026.

To address the problem, the report calls on the EU to send some of its future CBAM revenues to countries that will be severely impacted by the CBAM, such as the very vulnerable developing countries.

This could then be used to fund decarbonisation measures in Africa and Eastern Europe.

For example, the money could fund technical assistance programmes in the steel and aluminium sectors, two areas that will be affected the most by the CBAM.

“If the Carbon Border Adjustment Mechanism is to contribute to climate protection, the EU should provide financial and technical support to those countries for which it represents a considerable risk. These countries simply lack the resources to afford the massive investments required for decarbonisation,” said Eicke.

Other possible measures include providing capacity-building expertise to promote the uptake of best practices to reduce emissions in the energy-intensive and trade-exposed industries.

Moody’s downgrades Turkey to six notches below investment grade
Home of the humbled lira, Turkey’s the biggest cryptocurrency market in the Middle East
Envoy says start made on construction of Turkish attack drone factory in Ukraine