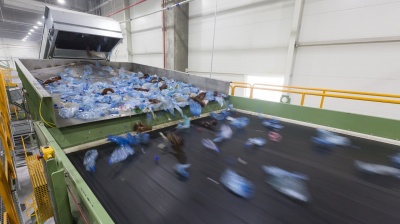 GreenGroup, the largest integrated recycling group in Central Europe, announced that it raised €127mn to accelerate its growth and support the surging demand for recycling and sustainable products in the region. The fundraising was backed by its majority owner, private equity fund manager Abris Capital.

The financing will allow GreenGroup to accelerate its plans and scale up its operations across the region, developing unique solutions to recycle previously discarded materials and to penetrate new segments.

“This financing is an important milestone for GreenGroup, supporting a large capex programme to be implemented over the next four years as part of the group’s strategy to become the leading regional circular economy company,” commented Adrian Stanculescu, partner and head of Abris Romania.

“Together with GreenGroup, we have developed a proactive strategy to capitalise on the business’s considerable momentum, driven by sustainability targets set out by governments and corporates globally. We plan to advance this ambitious company further in the region and will continue to invest in all divisions, diversifying the product offering and developing new capabilities,” Stanculescu added.

Abris first invested in GreenGroup in 2016, acquiring majority control of the Romanian integrated recycling group. Since then, the business has expanded rapidly, and now has the capacity to process 280,000 tonnes per year (tpy) of waste, including PET, electronic equipment, lamps, batteries and glass, at 10 production facilities across Romania, Slovakia and Lithuania.