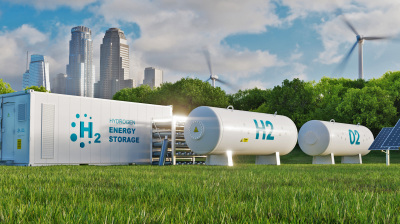 Global hydrogen production is set to become greener, with patent data suggesting a shift towards a new wave of innovation and scientific development in electrolysis technology.

The International Energy Agency (IEA) used patent data to find out how fast innovation in the green hydrogen value chain has been ramping up over the past decade.

The results are impressive, with Europe and Japan leading the way as green innovation grew significantly since 2010.

It found that global patenting in hydrogen is being led by the European Union and Japan, which account for 28% and 24% respectively of all IPFs filed in the last 10 year. This represents significant growth over the past decade, the report said.

The research, carried out together with the European Patent Office (EPO), covered innovation across the full range of technologies, from hydrogen supply to storage, distribution and transformation, as well as end-use applications.

Europe and Japan are leading the way in decarbonising the global hydrogen sector.

While global hydrogen production is currently almost entirely fossil fuel-based, the patenting data in the report showed that low-emissions innovations generated more than twice the number of international patents across all segments of the hydrogen value chain than established technologies.

Technologies motivated by climate concerns accounted for nearly 80% of all patents related to hydrogen production in 2020, with growth driven chiefly by a sharp increase of innovation in electrolysis.

The most innovative regions are now competing to host the first industrial roll-out phase, with the data suggesting that Europe is gaining an edge as a location for investment in new electrolyser manufacturing capacity.

Indeed, Japan in particular is placing emphasis on green hydrogen.

Kishida underscored the need for global progress on both energy security and decarbonisation.

“This study shows that innovators are responding to the need for competitive hydrogen supply chains, but also identifies areas – particularly among end-users – where more effort is required. We will continue to help governments spur innovation for secure, resilient and sustainable clean energy technologies.”

The study presents the major trends in hydrogen technologies from 2011 to 2020, measured in terms of international patent families (IPFs), each of which represents a high-value invention for which patent applications have been filed at two or more patent offices worldwide.

The report finds that global patenting in hydrogen is led by the European Union and Japan, which account for 28% and 24% respectively of all IPFs filed in this period, with significant growth in the past decade.

The leading countries in Europe are Germany (11% of the global total), France (6%) and the Netherlands (3%).

The US, with 20% of all hydrogen-related patents, is the only major innovation centre to see international hydrogen patent applications decline in the past decade.

International patenting activity in hydrogen technologies remained modest in South Korea and China but is on the rise. In addition to these five main innovation centres, other countries generating significant volumes of hydrogen patents include the United Kingdom, Switzerland and Canada.

However, other countries are casting their eyes on hydrogen, even if they are behind the global leaders.

India recently said that its National Green Hydrogen Mission would turn the country into a global hydrogen centre. Becoming self-reliant technologically is a key aim for New Delhi, given that the country is reliant on imported solar panel technology, for instance from China.

Russia and South Africa are also considering the fuel, with South Africa wanting to become a major producer and exporter of green hydrogen and its derivatives.

There is a danger that not enough progress is being made, despite the IEA hailing the rise in innovations and patent applications in its report.

For example, DNV, a risk management company, has warned that hydrogen is at risk of being the great missed opportunity of the energy transition.

DNV predicted that the amount of hydrogen in the energy mix globally will be only 0.5% in 2030 and 5% in 2050. However, to meet the targets of the Paris Agreement, hydrogen uptake would need to triple to meet 15% of energy demand by mid-century, DNV said in its Hydrogen Forecast to 2050 report.

“Hydrogen is essential to decarbonise sectors that cannot be electrified, like aviation, maritime and high-heat manufacturing, and should therefore be prioritised for these sectors,” said Remi Eriksen, CEO of DNV.

High and volatile gas prices mean that $100bn of ‘dirty’ hydrogen assets are at risk of becoming stranded by 2030, green think-tank Carbon Tracker said in a report.

The key role of green hydrogen is in achieving net zero, especially in difficult to decarbonise areas of the economy.

“Harnessing the potential of hydrogen is a key part of Europe’s strategy to achieve climate neutrality by 2050,” said EPO president António Campinos.

“But if hydrogen is to play a major role in reducing CO2 emissions, innovation is urgently needed across a range of technologies. This report reveals some encouraging transition patterns across countries and industry sectors, including Europe’s major contribution to the emergence of new hydrogen technologies. It also highlights the contribution of start-ups to hydrogen innovation, and their reliance on patents to bring their inventions to market.”

The IEA’s reported that among hydrogen’s many potential end-use applications, the automotive sector has long been the focus for innovation, and patenting in this sector continues to grow, led mainly by Japan.

Similar momentum is not yet visible in other end-use applications, the report found, despite concerted policy and media attention in recent years on hydrogen’s potential to decarbonise long-distance transport, aviation, power generation and heating.

National net-zero emissions pledges cannot be achieved without addressing unabated fossil fuel use in these sectors.

One bright spot is a recent uptick in patenting for the use of hydrogen to decarbonise steel production – possibly in response to the post-Paris Agreement consensus that the sector needs radical solutions to cut emissions quickly.

The study finds that more than half of the $10bn of venture capital investment into hydrogen firms in 2011-2020 went to start-ups with patents, despite them making up less than a third of the start-ups in the report’s data set. Holding a patent is a good indicator of whether a start-up will keep attracting finance: more than 80% of late-stage investment in hydrogen start-ups in 2011-2020 went to companies that had already filed a patent application in areas such as electrolysis, fuel cells or low-emissions methods for producing hydrogen from gas.

For established hydrogen technologies, innovation is dominated by the European chemical industry, whose expertise in this sector has also given it a head start in climate-motivated technologies such as electrolysis and fuel cells. Automotive companies are also active, and not just for vehicle technology.

Behind them, universities and public research institutes generated 13.5% of all hydrogen-related international patents in 2011-2020, led by French and Korean institutions, with a focus on low-emissions hydrogen production methods such as electrolysis.

bneGREEN: Most growth in power generation by 2050 will be solar and wind – BP
Climate-related crises among main drivers of human trafficking, UN drugs and crime office says
bneGREEN: Renewable energy was a hot topic in Davos but for Europe, much work remains

bneGREEN: Most growth in power generation by 2050 will be solar and wind – BP
2 days ago
bneGREEN: Renewable energy was a hot topic in Davos but for Europe, much work remains
9 days ago
bneGREEN: Floods turn Drina river in Bosnia into floating landfill
11 days ago
Central Asia’s shorter winters are whittling away glaciers
16 days ago
bneGREEN: River of waste clogs Serbia’s Lake Potpec after heavy rains
17 days ago