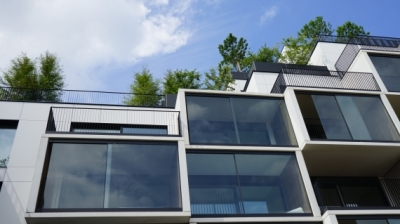 By Richard Lockhart in Edinburgh August 2, 2022

Zero-carbon housing is a key battleground in combatting climate change and global warming, as the residential building sector across Europe has the potential to cut fossil fuel dependency and reduce emissions.

The report comes as rising temperatures have led to higher demand for air conditioning, which has pushed up demand for electricity in the summer months. This means that domestic cooling, as well as domestic heating, is a major source of CO2 emissions and an area ripe for decarbonisations if Europe is to meet its Fit for 55 emissions reduction goals and its 2050 net-zero ambitions.

“Furthermore, Europe could cut its annual spending on gas imports by €15bn in 2030 and €43bn in 2050, while 1.2mn net additional jobs could be created thanks to net-zero carbon housing measures by 2050.”

Buildings account for 40% of the EU’s energy consumption, which is likely to continue growing unless immediate action is taken, Cambridge Econometrics said

The European Commission has launched a “renovation wave” as part of its Green Deal programme, which aims to put emphasis on upgrading the existing building stock and to create a new generation of climate-proof homes.

Such renovation work would boost GDP growth in the short term, while electrifying the heat supply and lowering the need for heating through renovations would lead to a 0.7% increase in annual GDP in 2030 and a 1% increase by 2050.

Decarbonising the housing stock would cut Europe’s energy import dependence, mainly through reducing gas imports. Europe could cut its annual spending on gas imports by €15bn in 2030 and €43bn in 2050.

Beyond the financial savings, cutting energy dependence offers further security implications, ridding economies from additional burdens, as well as improving the trade balances of European countries with no need to import oil and gas.

For the consumer, the combination of heat pumps and solar thermal would mean reduced energy spending.

As well as heat, renovating buildings would also reduce demand for air conditioning in the summer months, an issue that has rocketed to the top of the energy agenda during the current heat waves. The record-high temperatures mean that Alpine glaciers are melting at their fastest rates ever.

Data from Eurostat shows that domestic cooling has increased in recent years, while heating requirements have dropped.

In 2021, there were an average of 100 days when cooling was needed across Europe, compared to 37 in 1979, meaning that the need for air conditioning in a given building has increased by three times over the last 30 years.

With the need for air condition rising by three times over the last 30 years, the need to invest in more energy-efficient buildings is vital in order to reduce demand for electricity for air conditioning in the summer months.

The major problem is that cooling technologies remain overwhelmingly powered by fossil fuels, Energy Monitor warned. The production and use of refrigerant gases called hydrofluorocarbons (HFCs) also threatens to exacerbate global warming by as much as 0.4°C by 2100.

In 2016, Montreal Protocol signatories agreed to the Kigali Amendment, pledging to restrict the production and use of HFCs from 2019. One alternative is natural refrigerants, which are naturally occurring substances such as CO2 or ammonia. While natural refrigerants cause negligible carbon emissions and do not damage the ozone layer, they are controversial for their potential chemical footprint. The European FluoroCarbons Technical Committee, which represents HFC suppliers and producers, warns that ammonia can lead to changes to soil and water quality, for example.

If rising global temperatures continue to be countered with current cooling practices, their high emissions risk making the world an even hotter place.

However, the key challenge is how governments put in place policies and economic incentives for consumers to invest in such changes in order to make their homes climate-proof.

“The modelling shows that the best approach is improving efficiencies, leading to lower energy consumption, but it does not consider how such transitions could be brought about,” adds Dóra Fazekas.

“A key challenge for policymakers now is to identify which policy mechanisms could be utilised to drive transitions, and in particular to drive low or no-regret outcomes such as improved energy efficiency across the EU’s residential building stock.”

bneGREEN: Most growth in power generation by 2050 will be solar and wind – BP
4 days ago
bneGREEN: Renewable energy was a hot topic in Davos but for Europe, much work remains
11 days ago
bneGREEN: Floods turn Drina river in Bosnia into floating landfill
13 days ago
Central Asia’s shorter winters are whittling away glaciers
18 days ago
bneGREEN: River of waste clogs Serbia’s Lake Potpec after heavy rains
19 days ago