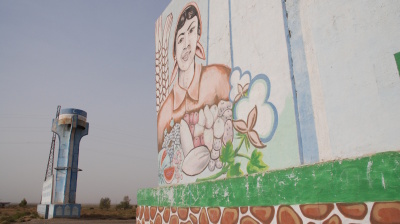 In late January, the ILO announced: “Systemic forced labour and child labour has come to an end in Uzbek cotton.”
By Iana Dreyer of Borderlex March 19, 2021

It’s been a long journey for Uzbekistan. The Central Asian country remains one of the world’s most closed and politically repressive countries, but it embarked on a new journey in 2016 after the passing away of Islam Karimov, a particularly cruel dictator. The five-year reform process might also lead the country to finally enjoy better trading terms with the European Union.

Uzbekistan has long been known for resorting systematically to forced labour and child labour on its cotton fields. That policy has been dropped and sustained efforts, in cooperation with the International Labour Organisation, to eradicate the practice, has led to results. In late January, the ILO announced: “Systemic forced labour and child labour has come to an end in Uzbek cotton.”

Uzbekistan wants to appear on the global industry and supply chain radar screen and is seeking to produce more than just the raw material for textiles and clothing or furniture production.

Improving its trading status with leading markets such as the EU’s is one avenue to help it get there. Global European companies are starting to take an interest – amidst reports of a company such as Ikea likely launching operations in the country in the coming years.

Uzbekistan applied to benefit from the EU’s ‘GSP Plus’ scheme in June 2020. This status gives poor countries that commit to implementing 27 international labour, environment and human rights conventions extra import duty reductions than those already granted on a no-strings-attached basis under its General System of Preferences to all developing countries.

The ‘GSP Plus’ scheme also involves the EU monitoring the implementation by these countries of their international treaty commitments.

There are only few hurdles to clear. The European Commission prepared the relevant piece of legislation – a so-called delegated act – in November 2020 and is ready to go.

“There are no serious failures to effectively implement the required international conventions. They ratified all of them,” said Ewa Synowiec, the director in the European Commission’s trade department in charge of the file in a meeting with MEPs on 17 March. “Of course, nobody is perfect,” Synowiec added. “But we see a lot of good progress.”

The EU official said that the Commission was still looking keenly at an ongoing criminal code revision due in May in Tashkent. The EU has objections to some points included in the draft legislation such as criminalisation of same-sex relationships. The EU also has worries about freedom of expression of association and of assembly.

Uzbekistan’s ambassador to the EU Dilyor Khakimov explained to MEPs that the ongoing negotiation process with the EU “is not the end result yet”.

“We see the process of our engagement with our European friends and partners as support for our political social and economic reforms initiated by President Shavkat Mirziyoyev,” the Uzbek envoy said.

The parliament has until the end of March 2021 to file an objection. Signs so far are that despite concerns over continued human rights violations and serious misgivings amongst certain MEPs such an objection will not be forthcoming.

In a blog post, Hugh Williamson, Human Rights Watch’s director of Europe and Central Asia, writes: “If it decides to fast-track Uzbekistan’s access to GSP+ and override its own criteria, the EU should not pretend that the routine, biennial EU reporting on GSP+ would be enough to address Tashkent’s continued failures to meet its rights obligations.”

“At the very least, the Commission should set up a dedicated monitoring process, with the involvement of local and international civil society groups, to ensure greater transparency on benchmarks and recommendations, as well as to follow-up on the commitments of the Uzbek government to remedy failures identified,” reckons Williamson.

“We are looking at the direction of travel and the implementation of those conventions over time,” said the Commission’s Synowiec.

“At this time we believe that Uzbekistan deserves the status.  But it doesn’t mean that life will be easier after they get the status because we will strengthen our monitoring on the silent issues we have identified,” the EU official said.

The EU is in the process of revising its overall GSP regime and intends to add new obligations on developing countries – not least in the area of environmental and climate change policies.

In parallel to seeking GSP Plus status with the EU, Uzbekistan is upgrading its 1990s Political and Cooperation Agreement with the bloc. It is also seeking to join the World Trade Organization and is relying on EU support in the process.

Iana Dreyer is Editor of borderlex.net