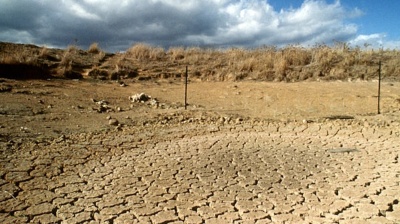 It was always going to be a difficult climate summit. Even so, hopes prevailed early on that it would fly.

But crucial negotiations aiming at a deal detailing rules of how to tackle climate change could now be heading into a much less than conclusive outcome.

The Polish presidency of the summit, known as COP24 in the jargon of United Nations that organise it, released the first draft of the deal in the afternoon of December 14 but many of the sticking points remained unresolved or at least in need of final polishing.

In a storyline seen at many previous climate summits, developed and developing countries are at odds over key issues.

Given the context of the Katowice summit, that is a disappointment. The COP24 has proceeded in the context of the latest grim findings from climate science that, it was hoped, would spur the normally feuding country groups to abandon traditional red lines.

The expected outcome is a so-called “Katowice rulebook,” a set of rules implementing the 2015 Paris Agreement, which expressed countries’ political will to keep global warming at an acceptable level, as indicated by climate science.

A report published in October by the Intergovernmental Panel on Climate Change (IPCC), a UN scientific advisory body, laid it bare that humanity has to reduce greenhouse gases emissions by as much as 45% as soon as 2030.

Only such a radical change – an energy revolution, no less – would keep global warming at relatively safe 1.5 degrees Celsius by 2100, relative to the time before the industrial revolution.

But that seems to have had only some bearing on the talks, which were supposed to end on December 14 but are now expected to last at least one more day, filled with tense talks late into the night.

The release of the draft deal on December 14 still left a lot for the negotiating parties to talk about.

The main points in need of breakthrough or at least final polishing are:

• Agreeing standards for cutting emissions that would reflect the differences between the developed and developing economies;
• Drafting rules of transparency so that emissions reductions plans are verifiable and comparable;
• Agreeing on the extent to which developing countries could be flexible in their pledges and how long the flexibility will apply;
• Pushing developed countries to embrace their responsibility for much of climate change evident today, due to their historical emissions;
• Ensuring developed countries help finance mitigating, and adaptation to, climate change in poorer economies that are bearing the brunt of rising temperatures;
• Also providing a working mechanism to cover for loss and damage that the warming climate brings to the poorer countries as weather becomes more extreme.
“Right now it’s developing countries talking ambition in fighting climate change while those who caused it shun their responsibility,” Meena Raman of the environmental NGO Friends of the Earth told reporters in Katowice.
Countries were also deadlocked over response to the IPCC report, with the majority pushing for the declaration to refer to “welcoming” it while a handful of countries – including the US and Saudi Arabia – merely wanted to “note” the report. In diplomatic language that would mean a free hand in ignoring the findings.
The released text said countries “recognised” the role of the IPCC in providing scientific background to climate negotiations. It also says countries “express appreciation” for drafting the controversial report. Still, the report was only “noted” while countries were “invited” to make use of it. Another paragraph deferred further discussion on the report until June 2019.
“If countries are serious, we could be finished by midnight tonight,” said CEO of European Climate Foundation Laurence Tubiana. That appeared unlikely in afternoon on the official final day of the talks but the publication of the draft deal at least gave hope for a Saturday close.
This story will be updated.
Read in IntelliNews Pro
Get IntelliNews Pro