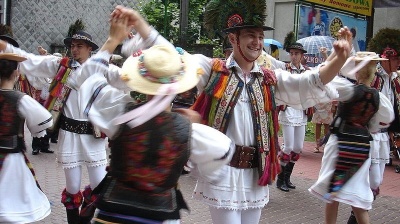 When the music strikes up, the players start to dance again. In the complex game of musical chairs that has been Romanian politics in recent years allegiances are constantly shifting, dramatic downfalls (usually precipitated by corruption scandals) are followed by phoenix-like rehabilitations, parties splinter and sworn enemies become new allies — as long as it’s expedient.

For several years the music had been quiet as the political configuration was relatively stable. Since the December 2016 election, the Social Democratic Party (PSD) ruled in tandem with its junior coalition partner the Alliance of Liberals and Democrats (Alde), held together by the quest for power and the need for their leaders to avoid retribution for past corruption. While there have been no less than three new governments in that time, all three have been formed under the aegis of the once powerful PSD leader Liviu Dragnea. Prime Ministers Sorin Grindeanu and Mihai Tudose were ousted after falling out with Dragnea, to be replaced eventually by his loyal associate, Viorica Danicla.

Dancila only emerged from Dragnea’s shadow when her political mentor was sent to prison earlier this year to serve a sentence for corruption. The sudden departure of the country’s most powerful politician from Romania’s political scene has had repercussions that are still making themselves felt. And the music has started again.

As Danicla announced a break with the past policy of judicial overhaul — a transparent attempt to allow Dragnea and other top politicians to evade justice for corruption crimes — the end of the PSD’s alliance with Alde was already in sight. Politicians from the two parties sparred publicly over the PSD-initiated revision to the state budget, and their relationship finally fell apart when they failed to agree to support a single candidate ahead of the November presidential election.

Alde finally confirmed expectations that it would quit the government on August 26, immediately after Dancila’s candidacy for president was affirmed by the PSD. Alde president Calin Popescu-Tariceanu had his own presidential ambitions, but with polls showing little support, his party is instead backing an independent candidate, actor and politician Mircea Diaconu, who is also backed by Pro Romania, a new party set up by former prime minister and ex-PSD leader Victor Ponta.

Forced to resign as prime minister after the Club Collectiv nightclub fire highlighted the deadly cost of corruption, and expelled from the PSD after clashing with Dragnea, Ponta is staging his own political comeback at the helm of Pro Romania that has siphoned off other disgruntled ex-PSD members.

Alde and Pro Romania are now expected to band together with their former rivals in Romania’s largest opposition party, the centre-right National Liberal Party (PNL), to force a no-confidence vote in Dancila’s government, provided they can be sure they have enough MPs on their side to succeed.

This isn’t the first time that political expediency has won out over positioning on the left-right spectrum. The beginning of this decade saw the creation of the broad Social Liberal Union comprising both the PSD and PNL — now sworn political opponents — together with smaller parties. The SLU split two years later and the PNL merged with the smaller Democratic Liberal Party (PDL), lining up several years of rivalry between PSD and PNL, with the balance tipped towards the PSD.

The PSD scored a solid 45% of the vote in the 2016 election, helped by its massive party apparatus especially in regional centres and rural areas, and a generous programme of social spending that has sent Romania’s budget deficit soaring post-election. It has been in government with Alde, headed by one-time PNL leader Calin Popescu-Tariceanu, since then.

That balance of power is now changing as the PSD has slumped in the polls since the 2016 general election, the PNL has its new allies in Alde and Pro Romania, and a new political force promising a break from the old, corrupt style of government, the USR-PLUS alliance, is steadily gaining ground.

For now, Dancila insists her government is holding strong. Even some from Alde see sticking by her as a better option than trying to bring down the government; Foreign Minister Ramona Manescu of Alde has risked expulsion from his party by saying he will remain in office.

However, analysts say Dancila may not be able to cling on to power until the next general election due to take place in 2020 or 2021. The “PSD alone has only 44.1% of total seats in Parliament, so it would be very difficult for the government to survive,” wrote Raiffeisen analysts in a note on August 27. “There are several scenarios: (1) PSD could set up a minority government, backed by UDMR and others; (2) the opposition parties could submit a no-confidence motion against the government that would pass, paving the way for snap parliamentary elections or for a technocratic government. However, snap elections could take place only after presidential elections due in November.”

This sets businesses and investors up for yet more uncertainty in Romania, as they wait to see whether opposition figures will try to push Dancila’s government out or allow it to limp on until the next general election delivers a different parliamentary composition. The presidential elections, where the incumbent President Klaus Iohannis is widely anticipated to be re-elected, possibly after a second-round vote against either Dancila or USR-PLUS candidate Dan Barna, will also set the scene for the coming year.

However, after nearly three years of confusing policy announcements followed by abrupt reversals, frequent personnel changes, lack of consultation on key policy moves and mass protests against government efforts to undermine the fight against corruption, investors in the Balkans’ largest economy have become used to dealing with an almost complete lack of certainty about future policy.