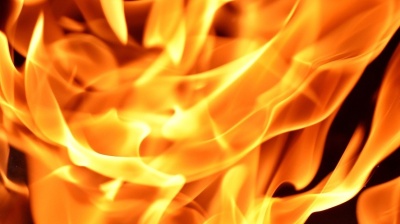 By Clare Nuttall in Glasgow February 2, 2021

15 coronavirus (COVID-19) patients were killed in fires that ripped through two hospitals in Romania in deadly accidents just over two months apart.

The latest of a series of human tragedies highlighting the state of Romania’s long-neglected health care infrastructure was a fire at the Matei Bals Institute, one of the main hospitals treating coronavirus patents in the Romanian capital Bucharest. The fire broke out at around 5am local time on January 29, killing five people. The cause of the blaze has still to be determined.

This was eerily similar to the fire on the night of November 14, 2020, also in a COVID-19 ward, in the intensive care unit of the County Hospital in Piatra Neamt in northeast Romania. Ten patients, all severely ill with coronavirus and incubated in intensive care, lost their lives and another seven people were injured, including the doctor on duty, who suffered severe burns after entering the flames to save the patients.

In the questions they raise about Romania’s healthcare system, the two latest tragedies recall the deadly fire at the Colectiv night club in Bucharest in November 2015. Public anger overflowed immediately after the fire, as official corruption was blamed for the lax security at the club, sparking mass protests that forced the resignation of the government. 26 young people died in the fire, and a further 38 later in hospital.

The focus then shifted from fire safety to the conditions in Romanian hospitals, as the deaths of many of those who had survived the night of the fire only to perish from hospital acquired infections, as revealed by hospital whistleblowers, were seen as preventable.

Again, corruption was seen as the root of the problem. A few months after the Colectiv fire, a journalistic investigation by Gazeta Sporturilor newspaper revealed that sub-standard disinfectants supplied by Hexi Pharma to most Romanian hospitals possibly contributed to the deaths of the Club Colectiv victims. Hexi Pharma owner Dan Condrea committed suicide the day before he was due to speak to prosecutors, leaving many questions unanswered.

The day after the January 29, 2021 hospital fire, several hundred people protested outside the health ministry, calling for the resignations of President Klaus Iohannis, Health Minister Vlad Voiculescu and the head of the Department of Emergency Situations, Raed Arafat. The protest was organised by the Alliance for the Unity of Romanians (AUR), a new right-wing nationalist force that won its first seats in the December 2020 general election.

Yet the government that came to power post-election has had little time to act, and while the centre-right parties that lead it have been in government since 2019, they were unable to carry out any long-term agenda, as the opposition controlled the parliament until December 2020.

Writing on Facebook on January 29, Voiculescu pointed out that most of the hospitals in the country are 50 years old or older, and no large public hospital has been built in the country of over 19mn people since the fall of communism 30 years ago.

“Medicine has evolved enormously during this time. We can't expect 21st century IT software to run smoothly on a 386 computer from the 1990s. Such an expectation is not just naivety, but an almost criminal unconsciousness,” the health minister wrote.

The Matei Bals Institute has benefited from “robust funding” in recent years, he added, and the reasons for the fire must be established “before we talk about the health system as a whole”.

However, wrote Voiculescu, “The reality is that the vast majority of our hospitals are simply the result of chronic underfunding and non-transparent acquisitions that have led to a long line of improvisations made by underpaid and underpaid technical staff.”

This is backed up by the figures that show Romania in a poor light compared to all other European Union members. Eurostat data shows that as of 2017 (the latest figures available), Romania spent just 5.2% of GDP on healthcare, the lowest proportion in the European Union. The highest share of GDP was spent in France and Germany at 11.3% of GDP. Per resident, Romania spent only €494, again the lowest across the bloc; even adjusting for purchasing power, the figure was still the lowest in the EU.

After the November fire in Piatra Neamt, Iohannis argued that the then government led by the National Liberal Party (PNL) was not able to carry out the reforms it wanted in Romania’s hospitals as it lacked a majority in Parliament. Iohannis announced that the government would start the reconstruction of the local healthcare system from scratch, "as soon as we have a new majority in Parliament, responsible and fully committed to the good of Romanians."

Since then, there has been a general election and the PNL and its allies have installed a new government backed by a parliamentary majority. Now without a powerful opposition standing in its way, it will be up to the new government to shoulder the weighty task of starting reforms in the hope of preventing such tragedies in future.