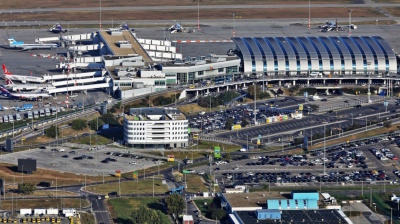 According to market rumours, the government is willing to pay up to €4.4bn for Budapest Airport.
By bne IntelliNews November 16, 2021

The owners of Liszt Ferenc International operator Budapest Airport have entered into a due diligence process with the Hungarian government, majority stakeholder AviAlliance said, confirming reports that the consortium had received a revised, non-binding bid.

The consortium led by the Hungarian government had accepted its conditions for the start of formal negotiations, so it decided to start the screening process.

"While this is potentially the first step towards selling the airport, we want to emphasise that the outcome of the process is not predetermined", the document said.

Hungary's largest airport before the outbreak of the pandemic was valued at €3bn, but the crisis has put airports, including BA, in a difficult situation. According to market rumours, the government is willing to pay up to €4.4 billion for Budapest Airport.

Budapest was one of the fastest-growing airports in Europe before the crisis hit. Revenue grew 43% between 2016 and 2019 to €331mn. Due to the pandemic, the company incurred a €100mn loss as passenger traffic fell 90% in 2020, a 22-year low. Budapest Airport expects traffic to return to pre-crisis levels by 2023.

If the state takes over the airport, developments could be undertaken that raise its stature "2-3 notches", Prime Minister Viktor Orban said a month ago.

Taking back the airport would fit in the strategy of Hungary’s radical rightwing government, which has spent hundreds of billions of forints boosting domestic ownership in strategic sectors, such as retail, energy, media and banking.