Bulgaria and Croatia accepted into ERM2 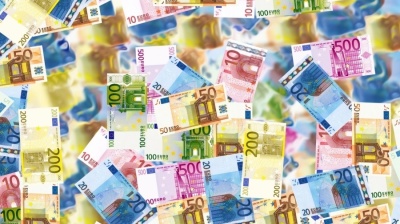 Bulgaria and Croatia have been given the go-ahead to join the Exchange Rate Mechanism (ERM2), the eurozone’s waiting room, the European Central Bank (ECB) said on July 10.

The decision was widely expected and marks an end to year-long efforts by the two states to get closer to the eurozone. The two countries must spend at least two years in ERM2 to become members of the eurozone in what will be its first enlargement since 2015.

“[F]ollowing a careful assessment of the appropriateness and sustainability of Bulgaria’s currency board, it was accepted that Bulgaria is joining the exchange rate mechanism with its existing currency board arrangement in place, as a unilateral commitment, thus placing no additional obligations on the ECB,” the ECB said in a statement regarding Bulgaria.

Bulgaria is joining ERM2 with a fixed rate of its currency, the Bulgarian lev, against the euro, which has been defined by the currency board the country is implementing.

The country has committed to join ERM2 and the European banking union simultaneously and had to complete a set of measures to meet the ECB’s requirements.

The country put in an extraordinary effort to meet the last requirement of the ECB for membership in the banking union, helping the locally-owned Fibank to complete its capital hike.

In June, the ECB said in its latest Convergence Report that Bulgaria’s average inflation in the twelve months to the end of March 2020 was above the required for membership in the eurozone and the country’s legislation also does not meet the requirements.

Croatia is also joining the ERM II and the banking union simultaneously.

“The agreement on participation of the Croatian kuna in ERM2 is furthermore accompanied by a firm commitment by the Croatian authorities to pursue sound economic policies with the aim of preserving economic and financial stability, and achieving a high degree of sustainable economic convergence. The Croatian authorities have committed to implement specific policy measures on the anti-money laundering framework, the business environment, state-owned enterprises and the insolvency framework,” the ECB said in a statement on Croatia’s entry to ERM2.

The central rate of the Croatian kuna is set at one euro to HRK7.53450.