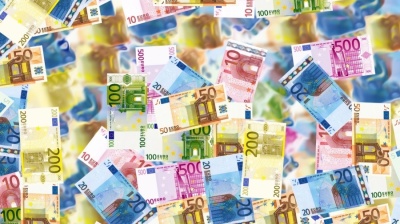 The previous deadlines for Bulgaria’s entry in the Exchange Rate Mechanism (ERM2) are unrealistic and a delay until 2021 would not be fatal, the country’s central bank governor Dimitar Radev said on March 30 in an interview with Nova TV.

The government has already changed the deadline for joining ERM2 and the European banking union several times. The last deadline was end-April, but in February Prime Minister Boyko Borissov said the government would try to enter ERM2 by July 2020, claiming there was no full consensus in the country.

“If we continue in the way we used to work until now, if the politicians and the institutions continue to act, a delay until 2021 would not be fatal,” Radev said.

Raiffeisen Research noted that the news came as no surprise and similar delay was predicted for Croatia too.

“However, the official confirmation of the delay is likely to add upward pressure on bond market yields for BG Eurobond in today’s market session as some negative risk re-pricing will take place,” Raiffeisen analysts noted.

It was unclear whether the delay has been requested by the Bulgarian authorities, if the country does not meet the requirements for membership in the banking union.

The country has applied for membership of ERM2 and the European banking union, and meets the nominal criteria to adopt the European common currency, with its currency, the Bulgarian lev, pegged to the euro, low inflation and healthy public finances. However, the EU has demanded that Bulgaria also check its banking system due to suspicions that some locally-owned banks are not stable enough.

Foot traffic at Russia’s leading malls jumps as rebound gets underway
12 hours ago
Armenia’s coronavirus plight worsens with more than 1,000 more infections in two days
22 hours ago
Authorities “may be sowing seeds of Turkish economy’s downfall” by pumping money at fastest rate for more than decade
1 day ago
Turkey’s electricity consumption collapses 17% in May
2 days ago
Russian government presents National Recovery Plan to President Putin
2 days ago