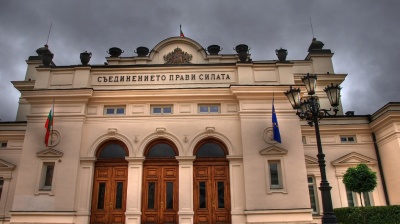 Bulgaria’s justice ministry is proposing that the government abolish the practice of granting citizenship to foreigners who have made significant investments in the country, dubbed the “golden passports” procedure, the government said in a statement after its regular meeting on January 12.

The country has been warned by the EU several times that it has to abolish the practice of giving citizenship in return for pledged investments.

The ministry has proposed legislation changes that would scrap the possibility of granting golden passports after analysis showed that in most cases the pledged investment were not made.

Between 2013 and 2021, the Bulgarian authorities granted citizenship to people have invested over BGN1mn (€0.5mn), with the money going mainly into state securities or licenced credit institutions with contracts to manage the funds. However, at the time of application for Bulgarian citizenship, or shortly after that, the securities were sold or the funds withdrawn from the credit institution.

The government has decided that that this opportunity for granting citizenship should be terminated as it did not lead to real investment in the Bulgarian economy or create jobs.

Moreover, the European Commission has repeatedly expressed concern. In a letter in June 2021, the EC noted that the possibility to acquire Bulgarian citizenship in exchange for pre-determined payments puts the EU in a situation to be obliged to recognise people naturalised on this basis as EU citizens, with all the rights that involves.

If Bulgaria does not end the opportunity to receive citizenship in exchange for investment, the EC could refer the country to court.

The Bulgarian announcement came on the same day that the European Commission proposed suspending the visa-free travel agreement with Vanuatu over the Pacific island nation's golden passport scheme.

"This is necessary to mitigate the risks posed by Vanuatu's investor citizenship (or “golden passports”) schemes on the security of the EU and its member states," the statement said.

Previously, a 2019 report from the European Commission raised concerns about investor citizenship schemes in the areas of security, infiltration of organised crime, money laundering, the financing of terrorism, tax evasion and corruption.

Aside from Bulgaria, several other emerging Europe states have launched similar schemes, including Albania and Montenegro. The latter had moved to scrap its scheme under pressure from the EU, but recently announced it was being extended by twelve months due to the coronavirus (COVID-19) pandemic.