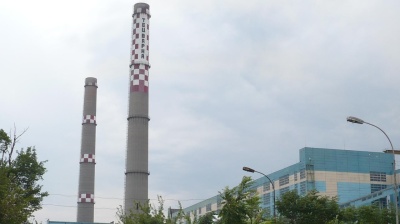 CEZ' assets in Bulgaria include the Varna thermal power plant.
By Denitsa Koseva in Sofia October 10, 2019

Bulgaria’s Competition Protection Committee on October 10 said it is launching an in-depth probe into financial and insurance group Eurohold's deal to buy Czech power company CEZ’s local assets as it would significantly impact their market positions.

CEZ decided to leave the country over long-standing disputes with the Bulgarian authorities, and the deal with Eurohold comes after an earlier deal struck by the Czech utility to exit its investment in the country was blocked by regulators.

In June, CEZ signed a deal with local firm Eurohold for the sale of its assets in Bulgaria, but the agreement is yet to be allowed by the Bulgarian authorities.

According to the CPC, the combination of the resources and operations of two large economic groups, active on the insurance and energy markets, would significantly impact their market positions. It also noted that such deal could lead to the expansion of an economic group, especially in terms of assets, to such an extent that it threatens competition on the whole market, according to the regulator.

Earlier in October, CEZ said that will give up selling its Bulgarian assets if its second attempt to strike a deal is blocked by local authorities.

In February 2018, CEZ announced it had selected local family-owned firm Inercom as the buyer of its Bulgarian assets, which raised serious concerns about the Bulgarian company’s ability to fund and run the assets. Adding to the controversy, Inercom was also found to be owned by a close friend of Bulgaria's energy minister.

However, in July, the CPC ruled that the highly controversial deal cannot be completed as Inercom would gain excessive power on the photovoltaic electricity market. At the time, local analysts suggested that the decision of the antitrust body had no serious grounds, and aimed to put an end to the major political dispute around the sale of CEZ's assets to an unknown and politically connected company. Appeals by CEZ and Inercom were rejected.

In Bulgaria, CEZ operates an electricity distribution business with 2mn customers, a retail electricity supplier, and a wholesale trader. The Varna coal-fired power plant also owned by the firm has an installed capacity of 1,265 MW, and was recently acquired by Ahmed Dogan, the chairman of honour of Bulgaria’s ethnic-Turk Movement for Rights and Freedoms (DPS). In addition, CEZ owns two renewable plants.