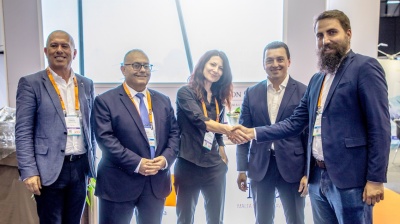 Bulgarian company Dronamics, which produces and operates middle-mile cargo drones, said on May 25 it has become the first company in the EU to obtain a Light UAS Operator Certificate (LUC) for middle-mile cargo operations.

Dronamics obtained the licence for a drone cargo airline from the Transport Malta Civil Aviation Directorate (TM-CAD), allowing operations in accordance with European regulation. The LUC is recognised in all EU member states and provides drone operators with significant business opportunities across the single market, the company said.

“Dronamics is the first cargo drone company to secure the licence granted by the Transport Malta Civil Aviation Directorate (TM - CAD), the country’s Civil Aviation Authority. It allows it to self-authorise flight operations of its Black Swan aircraft across EU countries, including Beyond Visual Line Of Sight (BVLOS) operations,” the company said in a press release.

It added it plans to scale up its operations and run its first commercial flights out of Malta and Italy later this year.

“With Malta as its European operations base, Dronamics is well placed to operate its first routes over the Mediterranean, linking key hubs across the region,” the company noted.

Demand for cargo drones is increasing in the logistics industry, both lightweight drones for first and last mile deliveries and larger cargo drones for longer-distance operations. Dronamics’ Black Swan falls into the latter category, with its ability to carry up to 350 kg of cargo at a distance of up to 2,500 km at a cost up to 80% lower than any existing aircraft.

The Black Swan is a fixed-wing aircraft that can operate from runways as short as 400 metres, unpaved, and will enable Dronamics to serve customers in small and remote communities. The Black Swan can run on 100% synthetic fuel.

Russian e-commerce turnover up 1.5-fold in 1H22
1 day ago
Home of the humbled lira, Turkey’s the biggest cryptocurrency market in the Middle East
2 days ago
Business Insider: Western tech majors have tested or used controversial Russian face recognition technology
8 days ago
From 4G to 6G: How Russia seeks to develop mobile networks amid shortages of domestic frequency and foreign equipment
8 days ago
Should I stay or go for founder of Russian internet major Yandex
12 days ago