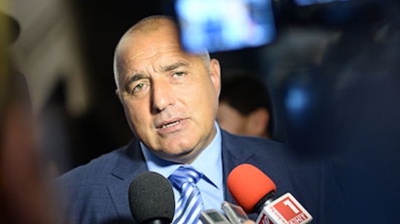 Bulgaria’s former prime minister Boyko Borissov was released from detention 24 hours after his arrest despite evidence gathered by the police that he blackmailed fugitive gambling mogul Vassil Bozhkov. The prosecution and the government have accused each other of not doing their jobs, with Prime Minister Kiril Petkov saying that in Bulgaria the prosecution is not independent.

Late on March 17, Borissov was arrested along with his spokeswoman Sevdelina Arnaudova and former finance minister Vladislav Goranov.

Early on March 18, the interior ministry said that Bozhkov had testified that he had been blackmailed and paid millions of euros to be able to continue to operate his business.

The case was reported to the Bulgarian prosecution in the morning of March 18. According to the interior minister, the prosecutor to whom the case was assigned refused to meet the police officers and accept the gathered evidence until the afternoon.

Subsequently, the meeting was held, but the prosecution said it would not have enough time to study the evidence in order to press charges, and Borissov was released. Independent investigative news portal Bird.bg distributed information about the prosecutor who refused to press charges, suggesting that her property declaration shows a luxurious lifestyle that cannot be achieved with a prosecutor’s salary.

At a press conference following Borissov’s release, Petkov and Interior Minister Boyko Rashkov accused the prosecution of not doing its job. Petkov said that testimonies from Bozhkov are being ignored, and that the prosecution is not allowing the police to do their job.

Bozhkov claimed to have given €30mn in bribes to Borissov and Goranov over three years in exchange for legal protection for his business. Bozhkov said he had given some of the bribes to Arnaudova.

Petkov accused the prosecution, headed by Ivan Geshev — a Borissov era appointee — of sabotage and of hiding documents requesting it to press charges.

“Information gathered by the individual who has been blackmailed is being covered up and hidden so that an investigation according to the law cannot be made,” Petkov said during a press briefing late on March 18.

He added that this information has been handed to the European Prosecution.

“The ability of everyone who is trying to work against corruption in our country is being impeded. In Bulgaria, there is no independent prosecution,” Petkov said.

Rashkov said that the prosecution is making conclusions on the result of a case that has just began.

Rashkov said his ministry has carried out a probe aiming to gather enough information to launch an investigation. He added that this information includes testimony by Bozhkov, though he clarified it cannot be treated as official evidence until the prosecution does a proper interrogation.

“Instead of informing the public that it will do anything possible to investigate, the prosecution said that the Ministry of Interior has not done anything and was not competent to undertake an elementary check,” Rashkov said.

He added that the police have been checking statements published by Bozhkov on social media a few years ago and accused the prosecution of not doing any investigation based on these.

Rashkov also said that the police have sent hundreds of documents to the prosecution but no investigations were launched.

The interior minister also accused the prosecution of lying that the police have not provided the necessary documents after Borissov’s arrest.

Meanwhile, Borissov declared he was a victim of political persecution and suggested that the authorities might assassinate him. He made this claim before, when the interior ministry was gathering evidence of his involvement in corruption.

Borissov’s supporters staged a protest in front of parliament on March 18, while Gerb’s MPs almost started a fight in parliament with MPs of the Bulgarian Socialist Party – a member of the ruling coalition – accusing them of political persecutions similar to those during the communist era.