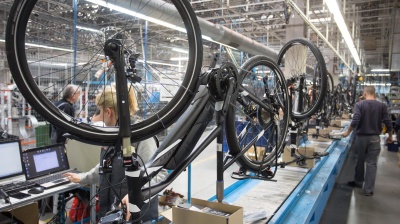 Bulgarian bicycle manufacturer Maxcom and Austrian motorcycle producer Pierer Group have signed an agreement to jointly build a plant for electronic bicycles in the town of Plovdiv in an investment estimated at BGN60mn (€30.7mn), the Bulgarian economy ministry said in a statement.

This is the second foreign investment announced by caretaker Economy Minister Kiril Petkov in the country in the past weeks. Earlier in July, German startup Next.e.GO signed an agreement to launch the construction of a €140mn electric vehicles plant in the town of Lovech.

The e-bikes plant will be located in Trakia Economic Zone (TMZ) on an area of 13.1 ha. It will secure 1,000 new jobs in the region.

“This investment is unique for Bulgaria. This is a sector that gives us the chance to become number one in the whole of Europe,” Petkov said in the statement.

He added that if the government sets conditions for 15% of local companies to achieve such success, that would double the economic growth.

Foreign investment in Bulgaria has collapsed in the past 13 years due to the unstable economic environment, insufficient profits and alleged political pressure, which forced several big foreign investors to leave the country in 2019 and 2020.

Bulgaria recorded a net foreign direct investment (FDI) inflow of €168.4mn in the first five months of 2021, down 25.5% from the same period a year earlier, according to the latest available central bank data.