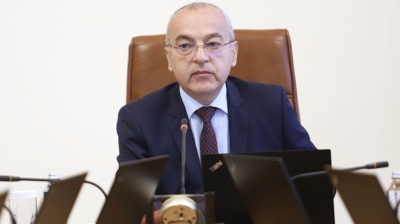 Bulgarian politicians are deeply divided after Prime Minister Gulub Donev's caretaker government said that it has no other option but to start talks with Russia’s Gazprom on the resumption of gas deliveries.

A day earlier, the government announced it will start negotiations with Gazprom, after refusing to accept six tankers of US liquified natural gas (LNG) contracted by the previous government of Kiril Petkov. The interim government also intends to negotiate with Azerbaijan for increased supplies, as agreed by Petkov in the last days of his government.

The position of political parties towards renewed talks with Gazprom is seen as a dividing line between parties ahead of the October 2 snap general election.

On one side are positioned reformist Change Continues, led by Petkov and former finance minister Assen Vassilev, and the Democratic Bulgaria. They have been insisting that Bulgaria should not return to Russia's orbit and should not discuss new deliveries with Gazprom. The Russian company stopped supplies to Bulgaria at the end of April, although its contract with the country does not expire until the end of 2022.

On the other side stand the political parties that openly or unofficially support a new contract with Gazprom and stronger Russian influence. They include the Bulgarian Socialist Party (BSP), pro-Russian Bulgarian Ascend and Vazrazhdane.

Although former ruling party Gerb and ethnic-Turk Movement for Rights and Freedoms (DPS) claim they are pro-Western, the two parties avoid taking openly anti-Russian positions and also indicate they would renew the country’s energy dependence on Russia.

Pro-Western Democratic Bulgaria said in a statement on August 23 that it strongly opposes the government's decision, calling it treason.

“The caretaker government is selling Bulgaria, relentlessly attempting to return the country back to dependency on the Kremlin. With the conscious 'missing' of opportunities to secure gas deliveries from other sources, including already contracted ones, Donev’s cabinet is using the most effective weapon – the fear and manipulation – to persuade the community of the inevitability of the return to Gazprom,” Democratic Bulgaria said in a statement.

It also accused Donev's government of lying and having “the obvious plan to return to Russian gas dependency”.

“Donev’s cabinet has proven itself as the main weapon of the Kremlin in the hybrid war in Bulgaria and a vanguard in [Russian President Vladimir] Putin's war with the democratic world,” the statement reads.

It also added that the prices of Russian gas are not the lowest as claimed by the caretaker government, and that negotiations on renewed supplies would mean that Bulgaria will lose its chances to seek payment of penalties by Gazprom after the halt of deliveries in April.

Change Continues did not issue an official position but its members have also commented that the caretaker government's decision is against Bulgaria’s interests.

Experts noted that Gazprom’s price would be higher compared to that of the Azeri or the US gas, as well as that the chances of these negotiations to succeed are slim anyway.

On the other hand, the BSP welcomed the government’s decision, saying it has been insisting on the renewal of negotiations since April.

“In April we forecast the coming crisis with the gas supplies and its consequences. Then we stated a clear position that we support today as well: the negotiations with Gazprom must be restored,” the BSP said in a statement.

It added that this would guarantee stability, security and predictability for the economy and households. The BSP said it supports the diversification of gas supplies but currently it cannot secure the needed 3bn cubic metres of gas the country needs annually.

Whistleblower who revealed massive corruption at Bulgarian border checkpoint fired
NEMETHY: Is the world heading towards a “polycrisis”?
Serbia’s Dimitrovgrad to build cross-border IT industrial park with Bulgaria

Czech hockey legend calls on the foreign ministry to prevent Russian players playing in the NHL opener in Prague.

A recent wave of resignations by medical staff at Slovak health facilities could mean that some of the hospitals are forced to shut down by December.

The head of the National Bank of Ukraine, Kyryl Shevchenko, is under criminal investigation following allegations of fraud, Economic Pravda reported on October 6.