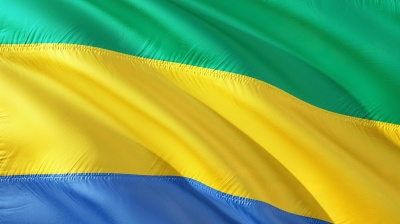 Norway’s BW Energy, a subsidiary of BW Offshore, reported on August 23 that it had dispatched its BW MaBoMo offshore production facility to the Dussafu licence area offshore Gabon.

In a statement, BW Energy said that the production facility had been loaded onto a heavy-lift vessel for transport to Gabonese waters. The unit is set to arrive at Dussafu in late September, and BW Energy will begin installation and hook-up operations soon afterward with the goal of starting production in the late part of the first quarter of 2023.

The production facility will be used to extract oil from Hibiscus and Ruche, two of the six fields within the Dussafu licence area. It is slated to drill six horizontal wells that will add up to 30,000 barrels per day (bpd) to the block’s gross production total, and it will be connected to the BW Adolo floating production, storage and off-loading (FPSO) vessel via a 20-km pipeline.

BW Energy built the BW MaBoMo by converting an older jack-up drilling rig, the Hibiscus Alpha, into an offshore production facility with 12 well slots. The conversion project was carried out partially at the Lamprell shipyard in Dubai, and the unit left the yard on August 8 following the completion of the yard scope so that the remaining minor upgrades could be carried out offshore in preparation for departure.

The Hibiscus Alpha is one of two jack-up rigs that BW Energy bought from Borr Drilling in 2020 for the purpose of conversion. It paid $14.5mn for the cold-stacked rigs, both of which were built in 2003, and has devoted about 1.9mn man-hours to the conversion programme thus far without any lost-time incidents (LTIs).

Carl K. Arnet, BW Energy’s CEO, commented: “By repurposing existing oil and gas production assets, we extend their economic lifespan and shorten the time to first oil while also significantly reducing the field development investments and CO2 footprint. We are very pleased to have completed the conversion project with excellent HSE results and only minor adjustments to schedule and budget in a highly challenging environment due to COVID-19, supply chain disturbances, geopolitical tension and commodity inflation.”

Dussafu is an 850-square km licence area located within the Ruche Exclusive Exploitation Area (Ruche EEA), another block offshore Gabon, in waters that average 116 metres in depth. The block is home to six oil discovered oilfields and multiple leads and prospects. Last year, it yielded some 11,300 barrels per day (bpd) on average, with 100% of production coming from the Gamba horizon of the Tortue field.

BW Energy has already begun Phase 1 and 2 production at Dussafu, drilling a total of six horizontal wells at the Tortue field. Its next drilling targets are the Hibiscus and Ruche field. The company aims to drill four wells at Hibiscus and two at Ruche, and all six of these will target the Gamba horizon. Its partners in the project are Panoro Energy (Norway) and the national oil company (NOC), Gabon Oil.