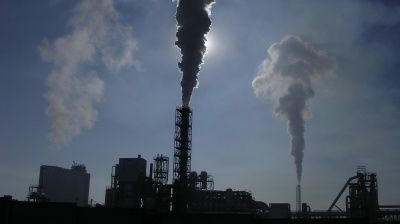 Poland, Estonia, Hungary, and the Czech Republic blocked EU’s effort to agree a political deal on slashing the bloc’s net greenhouse gases emissions to zero by 2050 during an EU summit that concluded in the early hours of June 21.

The group of Eastern European member states – including the emissions-intensive economies of Poland and Estonia – said no to a carbon neutrality goal without guarantees that the cost of reducing emissions is offset to lessen the impact of the transition on their economies.

In order to avoid a dangerous temperature rise of more than 1.5 degrees Celsius by the end of the century, the world needs to reduce emissions of greenhouse gases – mainly of carbon dioxide from burning fossil fuels for energy – by 45% in 2030, relative to 2010 levels.

Scientific research shows the Earth has already warmed by close to 1 degree Celsius and the 1.5% threshold – beyond which the probability is that the warming will spin out of control – could be reached in only a decade unless governments act.

For Poland, which derives close to 80% of its energy from burning coal and which has stalled the development of renewable energy in recent years, issues of climate policy have long been a matter of huge controversy.

There are analyses, however, showing that avoiding transition could eventually turn out even more expensive than embracing it.

“Today, we didn’t accept additional, even more ambitious climate goals and secured the interests of Polish citizens and businesses,” Polish Prime Minister Mateusz Morawiecki told reporters in Brussels after the discussion on the 2050 emissions reduction goal concluded without an agreement.

“We need concrete things on the table. What additional money could be allotted to Poland so that we do not end up in an offside trap?” Morawiecki also said, according to Reuters.

“Why should we decide 31 years ahead of time what will happen in 2050?” the Czech PM Andrej Babis asked.

The agreed text of the summit conclusions says that the EU will “work on the conditions, the incentives and the enabling framework to be put in place, so as to ensure a transition to a climate-neutral EU, in line with the Paris Agreement.”

The text also has a footnote saying that “for a large majority of Member States, climate neutrality must be achieved by 2050.”

To achieve that, the EU needs €175bn-€290bn worth of investment annually in clean energy technology, according to the bloc’s own calculations.