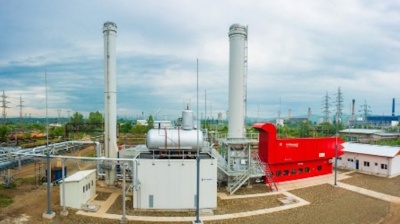 Romanian chemical group Chimcomplex is launching its first international bond issue of €350mn and plans a capital increase of €225mn, said Stefan Vuza, founder, main shareholder and president of the company, at a press conference organised at the Bucharest Stock Exchange (BVB).

"The two capital actions mentioned are aimed at starting the strategic investments for relaunching the lines of chemicals [that are now] in conservation. Both chemical platforms use only 20% of their capacity. We are also considering the construction of new product lines, which Romania is currently importing at exaggerated prices," said Vuza.

Chimcomplex's 2022-2030 Strategic Plan provides a total investment of €2.5bn and is the largest investment package in the chemical industry in 30 years, divided into three stages, Vuza added.

The first package consists of the bond issue of €350mn (the largest international bond issue in Romania to date), followed by another issue on the capital market, of €225mn.

The company has been listed, since January 17, on the main market of the BVB.

In 2020, Chimcomplex had a turnover of RON1.2bn, and in the first nine months of 2021, it reported a turnover of RON 1.7bn (€350mn). Chimcomplex Borzesti is owned by Vuza’s CRC Alchemy Holding, with 85% of the shares, and by the Romanian state, through the Authority for the Administration of State Assets, with 8.9%. The rest of the share capital, of about 5%, is owned by legal and retail investors.

These two operations — the bond issue and the capital increase —  together with the flows from Ebitda for the next three years, will provide the necessary financial resources for the first investment, which is estimated at RON3.6bn.

“We intend to make these record investments in the next 1,000 days. The second group of investments will be announced to the public according to the regulations on the capital market.  We estimate that the CRC Group will exceed an annual production volume of one billion euros within just three years and that the turnover will reach €10bn by the end of the decade," Vuza stated.