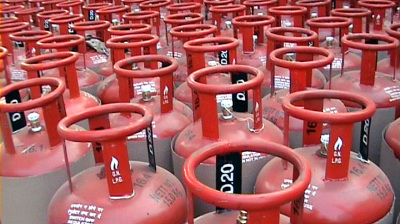 Iran has slashed the price of its LPG shipments in the search for customers still willing to place orders despite the threat of US sanctions.
By bne IntelliNews June 19, 2019

Some Chinese customers are still buying liquefied petroleum gas (LPG) from Iran despite US sanctions aimed at stopping such trade, according to ship-tracking data analysed by Paris-based energy researcher Kpler SAS, Bloomberg reported on June 19.

“They’ve [tankers carrying the LPG] started using a variety of techniques to hide their activity,” Ilya Niklyaev, an LPG analyst at Kpler, was cited as saying in an interview. “Like switching off transponders as well as intentionally signalling wrong destinations and indicating loading ports in Qatar, Saudi Arabia or the UAE.”

Kpler SAS reportedly based its claims on estimates that at least five supertankers loaded Iranian LPG in May and June that was destined for China. That would equate to around $100mn of the gas, according to Bloomberg calculations.

China sourced around a fifth of its LPG—used as cooking fuel, in cigarette lighters and in making plastic—from the US before, as part of the growing trade war with Washington, Beijing slapped a 25% tariff on the gas last August. Buyers then turned to Iran. It accounted for around a third of Chinese imports of LPG in April, prior to President Donald Trump announcing that the US would, from the start of May, aim to prevent all Iran’s energy exports from making it on to world markets by imposing sanctions on sellers and buyers.

The pressure on Iran to find buyers for its LPG despite the threat of sanctions has made its LPG cargoes some of the cheapest in the world.

China took 346,000 tons, or 80%, of Iran’s LPG exports in May, Kpler estimated in a note. If the cargoes were loaded before the change of US energy policy on Iran they may not have contravened sanctions. Iran is likely to export a total of 400,000-500,000 tonnes in June with at least eight supertankers set to load the fuel in coming weeks, Kpler added. Three supertankers have loaded LPG from Iran in June, of which at least one is headed for China, it said.

Tankers carrying Iranian oil and gas are notorious for masking their journeys by turning off satellite locator beacons, a technique known as “going dark”. Fuel is transferred between ships to hide the origin of cargoes.

Chinese refiners may also be circumventing American sanctions on importing Iranian oil. FGE said in a note last week that it expects some degree of non-compliance, Bloomberg reported. Beijing probably isn’t complying with US sanctions on Iranian crude, US Deputy Energy Secretary Dan Brouillette said last week, while adding that he didn’t have any hard evidence to show this.

Five bidders reportedly in race for CEZ assets in Romanian

Final licence for €12.5bn expansion of Paks power plant could be issued by September 2021

Paks II, the project company in charge of the expansion of Hungary’s sole nuclear power plant, will submit the application for a final license to the National Atomic Energy Office (OAH) by June 30, ... more

A consortium formed by the Romanian state-controlled companies Hidroelectrica, Electrica and SAPE holding will reportedly submit a firm offer for the assets that the Czech utility group CEZ is ... more