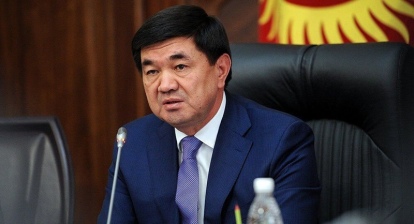 Chinese company Zhong Ji Mining has suspended its operations at Solton-Sary gold mine in the east of Kyrgyzstan following clashes between local residents and company workers on August 5.

The confrontation saw dozens injured after around 500 local residents gathered near the mine and entered the construction site of a new Zhong Ji Mining-operated industrial facility, where they entered into a brawl with Chinese workers, threw stones and seized several trucks belonging to the Chinese company.

The conflict started brewing around July after locals complained that the Chinese mining firm had contaminated the local environment, causing the mass death of livestock. Authorities said they found no chemicals or high levels of radiation after testing soil samples. Tensions toward, and overall distrust of, China among Kyrgyz locals has been amplified by China’s Belt and Road Initiative for trade infrastructure and its treatment of ethnic-Kyrgyz minorities, who among other Muslim groups have been placed en masse in “reeducation camps” in China’s Xinjiang region. Zhong Ji Ming got the licence to develop the Solton-Sary gold mine in 2012. The mine is said by experts to contain 11 tonnes of gold.

The Chinese Embassy in Bishkek on August 6 demanded Kyrgyz authorities "thoroughly investigate the incident, severely punish those responsible, and bring the situation to a fair and proper resolution".

Allergic to foreign miners
Kyrgyzstan’s population has historically shown distrust of foreign mining firms. There has always been a lingering suspicion in the minds of many Kyrgyz that foreigners are exploiting the country’s riches and destroying its environment. This suspicion has long dogged the government’s relationship with Centerra Gold, the Canadian group that owns and operates the Kumtor gold mine, the country’s biggest employer and taxpayer.

The tense relationship with Centerra Gold has to a series of conflicts over recent years, culminating in a profit-sharing dispute in 2016-2017 accompanied by mutual environmental lawsuits. The dispute was resolved in 2017 when the two sides signed a settlement to affirm 2009 mine agreements, including tax and fiscal rules.

The settlement included a series of payments Centerra had to make, such as a $50mn payment to a Kyrgyz state-run nature development fund; an additional $6mn boost to Kumtor’s reclamation fund; $7mn for a cancer care support fund and another $3mn earmarked for within 12 months of Kumtor’s future closure.

Most recently, Kyrgyzstan found itself in a tense situation with another gold miner, Chinese company Full Gold Mining, when it invited the firm to discuss the company’s dismissal of 370 miners in southern Kyrgyzstan in January 2018. The 370 workers at the Ishtamberdi mines in the Jalal-Abad region refused to accept amendments to contracts, which cut miners’ salaries. Moreover, the amendments contradicted the country’s labour code.

Full Gold Mining, which has been operating at the Ishtamberdi mines since 2011, said it was forced to lower salaries due to "ongoing financial issues", whereas the miners warned they would start mass protests if the company failed to reinstate their previous salaries.

Even in cases where the government manages to settle the situation in the nation’s favour, the locals are often left suspecting they have gotten the short end of the deal. It is possible that the Zhong Ji Mining clash also reflects this general trend of distrust for foreign mining firms, which has a tendency to bottle up before spilling over into violence.