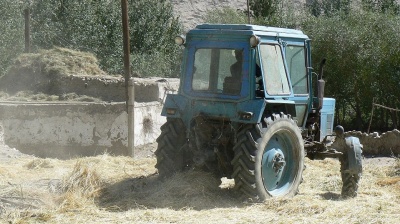 Lower precipitation in Tajikistan tended to bring the end of the growing season forward as much as 3.7 days per decade. / Ben Paarmann CC-BY-SA 2.0 Generic.
By Eurasianet July 27, 2021

Climate change is rapidly shortening Central Asia's growing season, says a new analysis of vegetation data from the past two decades. Though the study looked at native grasses and trees rather than agricultural crops, the trend could dash hopes of expanding farming and add to mounting concerns about food security.

The growing season – the time between the first shoots of fresh green in the spring and the withering of vegetation in the fall – has become longer in most of the middle latitudes of the northern hemisphere, as one might expect on our warming planet.

But the reverse is happening in most of Central Asia. Growth is starting later and ending earlier, even though Central Asia is warming faster than the global average, says a peer-reviewed study published this month in Science of the Total Environment.

Lizhou Wu of the Nanjing University of Information Science and Technology in China and his co-authors start with temperature and precipitation data collected between the years 2000 and 2019. This they compare to the growth of native vegetation, measured both by satellite sensors and sampling points on the ground, in the same years. Then they break this giant region – the five Central Asian states plus large parts of western China – into six ecological zones, which they dissect by altitude in increments of 1,000 metres. 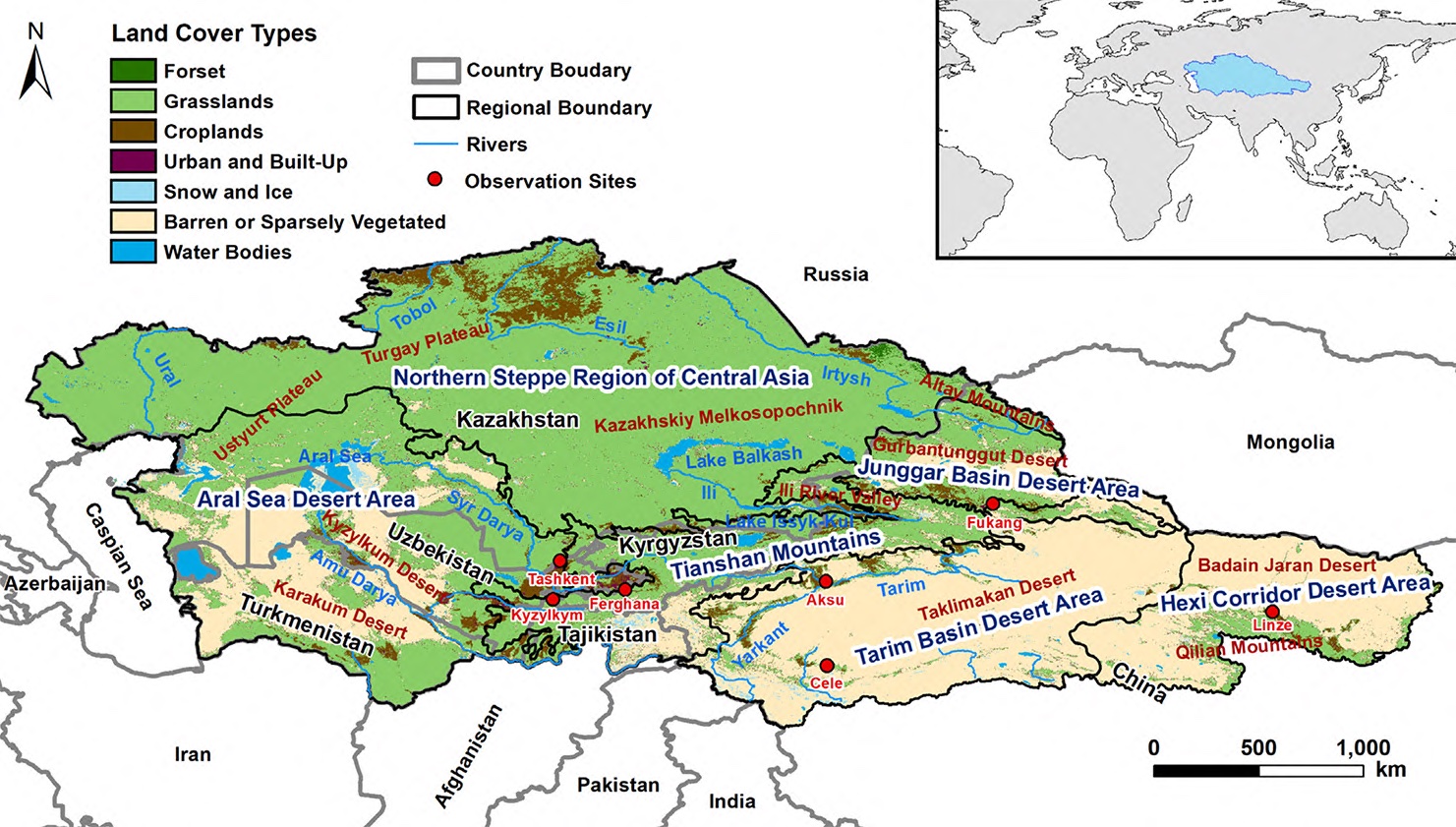 The result is a mammoth cache of data offering statistically significant evidence for shorter growing seasons. Some of the findings:

Fortunately, the growing season is not the same as production, which in agriculture is measured in terms of net primary productivity, or NPP: what’s available for herbivores to eat. Many crops can be harvested long before the end of the season. Also, as noted above, the authors base their findings on analysis of native flora – steppe grasses, shrubs like the saxaul, and trees like larch and poplar – not crops.

In fact, Wu and his colleagues found NPP rose slightly across most of the study area – except in western Kazakhstan, which saw a significant decline. Herders here rely on steppe grasslands to feed their animals. That relationship is being tragically highlighted by the extreme drought that is currently starving thousands of cows and horses in the area. Even before this year’s crisis, there have been mounting signs of food insecurity across Central Asia, prompting governments to introduce export restrictions. Kazakhstan unveiled another round on July 26, this time on fodder.

Science funding often fulfils the needs of the government that pays for it. Wu and his colleagues’ inquiry was supported by the Chinese Academy of Sciences, which sponsors much of today’s climate and agriculture research in Central Asia. And indeed, this research dovetails with some of Beijing’s strategic priorities: Numerous recent agreements with Central Asian governments tout the region’s potential to feed China.

To that end, the paper is discouraging – yet more data pointing to the grim toll climate change will likely take on Central Asia. Unless, that is, it spurs local governments to address well-documented inefficiencies in their agricultural sectors. As another Chinese study that Eurasianet recently profiled has shown, there is ample room for improvement.

LONG READ: Is Russia’s economy headed for 'economic oblivion', as a report from Yale says?

Russia’s economy seems to be doing a lot better than was expected. The International Monetary Fund recently improved its growth outlook for this year.

What's the current outlook for Belarus' export sector?
14 hours ago
Russian gas exports to Europe tumble in June
14 hours ago
Can we trust Russia’s economic statistics?
2 days ago
LONG READ: Is Russia’s economy headed for 'economic oblivion', as a report from Yale says?
2 days ago
Is Lukashenko preparing to help Russia reopen Ukraine’s northern front?
3 days ago