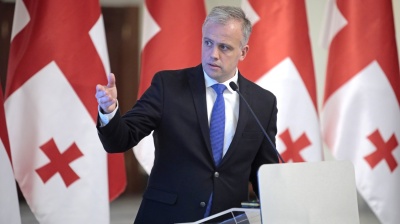 Georgia will go to the polls on October 31 in its tenth election since independence and celebrate three decades of democraacy
By Giorgi Khelashvili parliamentary candidate from the Georgian Dream party in Tbilisi October 29, 2020

On Wednesday, October 28, Georgia marked the 30th anniversary of the first multi-party elections held in the not-yet-defunct Soviet Union. The opposition, led by anti-Communist dissident Zviad Gamsakhurdia, won the election with a convincing majority and received the right to form the first transitional government, which later declared Georgia’s independence on April 9, 1991.

This was the first time that power changed hands peacefully in Georgia. It took the country 22 more years for such change to happen again, when, in 2012 an opposition coalition led by Georgian Dream and its founder, Bidzina Ivanishvili, defeated then-president Mikheil Saakashvili’s United National Movement.

Georgia political and cultural history stretches back to millennia. Yet, for over five centuries, before re-gaining independence in 1991, Georgians had not enjoyed independent statehood as a united nation. This is why the declaration of national sovereignty in 1991 was such a seminal event of historic scale. Despite the stifling, permanent and always-present danger first of Soviet and then Russian aggression, and the subsequent military occupation of one-fifth of its territory, Georgia managed to survive as an effectively governed state and, moreover, developed democratic institutions that rightly deserve the stellar reputation they have enjoyed throughout Eastern Europe and, more so, among the former Soviet states.

For the last three decades, Georgia’s political history was mostly seen through the narrative of consecutive charismatic leaders whose names resonated, for right or wrong reasons, around the world. Nonetheless, Georgia’s independent history has also been a history of successive convocations of parliaments, nine in total, which influenced the country’s drive toward democracy, although to varying degrees.

Tragically, the first convocation of parliament ended in a civil war, which saw president Gamsakhurdia ousted from the country, and the successive parliaments only played the second fiddle to the national leaders, Eduard Shevardnadze and Mikheil Saakashvili, rarely having courage to stand up to their political will or, not infrequently, whim.

Only the last two convocations of parliament, which formed after the seminal elections of 2012, represented a dramatic departure from the rubber-stamping role and introduced the tradition of genuine parliamentarianism in the country. Georgian Dream, the incumbent party of the last eight years, led and accomplished the change, despite often vicious and polarizing attacks from various opposition forces, the most active of which, the United National Movement, did close to nothing, whilst in power, to advance political pluralism in Georgia.

The last, ninth parliament, achieved the genuine legislative transformation and democratic breakthrough, by editing the Constitution and the Rules of Procedure of the Parliament so that to adapt them to the spirit and letter of European parliamentary democracy. As a consequence, the parliament became the fulcrum of national politics, and the parliamentary oversight made Prime Minister and Cabinet far more accountable to the legislature than ever before since independence. This gave both the parliamentary majority and opposition unprecedented access and influence over the executive that led to far greater transparency, but also, regrettably, much clamor in and around the parliament.

Now, after three decades of independence, the challenge Georgia faces is to elect a legislature as an engine that takes the country toward further consolidation of democracy. Even if Georgian Dream enjoys considerable advantage over the diverse and tangled-up opposition, polling numbers hitting up to 60 per cent of votes, the next one is the parliament that comprises multiple political forces that will be as representative of Georgia’s population as the legislature can ever be.

Giorgi Khelashvili is a parliamentary candidate from the Georgian Dream party. He’s a former diplomat and academic, recently served as the inaugural director of the Georgian Parliamentary Research Center, and was previously affiliated with the Eurasia Democratic Security Network. The opinions contained here are his own.