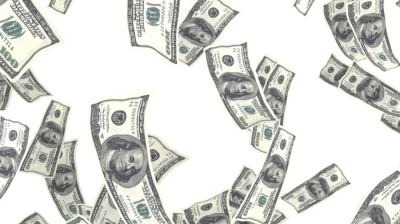 Uzbekistan issued its debut $1bn Eurobond in February to high demand, but the government needs to avoid the temptation of a borrowing binge that ends in a debt trap
By Atabek Nazirov is Director of the Capital Markets Development Agency of the Republic of Uzbekistan July 7, 2020 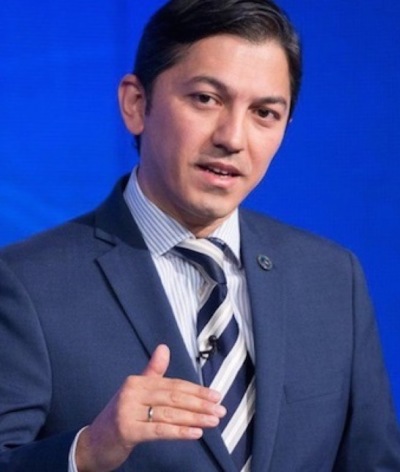 Uzbekistan’s inaugural $1bn Eurobond in February of last year was hailed as a landmark event for my country. The placement set a benchmark interest rate for the nation, put us on the map of the global fixed income investment community, and of course provided funds for government coffers.

But the Eurobond placement – and continuing dollar-denominated borrowing by both the government and state-owned banks -- gives me pause. As a banker who worked across the CIS and Eastern Europe for the last two decades, I’ve seen firsthand what excessive hard currency denominated borrowing can do to emerging market economies and their companies. Dollar debt can become a trap – and the damage it does can be painful and sometimes permanent.

Since President Shavkat Mirziyoyev was elected president in late 2016, Uzbekistan has made incredible strides to modernize and liberalize its economy. President Mirziyoyev‘s government removed currency exchange barriers, eliminating a troublesome dual exchange rate system. Uzbekistan removed restrictions for foreign companies purchasing hard currency for repatriation of profit. And the state is moving ahead with an ambitious privatization program that will ensure our economy is market-based and competitive.

Our economy is comparatively well diversified, albeit the state still maintains a large role in key industries (banking, natural resources, telecommunications, transportation, etc.), but privatization continues to be a key reform agenda. Inflation was consistent recently (ranging14-15%), which I believe is imported, partly as a result of the continuing trade deficit (reduced import tariffs), that continuously puts devaluation pressure on our exchange rate (the som lost 31% of its value against the dollar in just two years). However, despite these structural imbalances the outlook has remained positive as the country was preparing for a period of sustained and robust economic growth.

The danger of foreign currency debt

One of the biggest potential threats to Uzbekistan’s economic success in the years to come is over-leveraging, particularly hard currency denominated borrowing. Changes to the Securities Market Law in early 2019 made it possible for both the state and companies to issue international bonds denominated in foreign currencies. I’m calling for those changes to be repealed.

As an economy, Uzbekistan is currently running a reasonable amount of leverage, many cynics would argue, with debt to GDP of approximately 50%, discounting the fact that almost all of it is owed by the state and state owned/controlled banks and companies.

External debt, almost all of it in foreign currency, increased by 43% in just 15 months (from $17.3 to $25.1bn). If dollar-denominated external debt continues to rise, Uzbekistan’s economy (still largely dependent on export of volatile commodities and remittances from abroad for supply of hard currency) and its businesses will ultimately encounter higher debt service costs (hard currency loans services by local currency revenues). This is inevitable because of further natural devaluation of the local currency, expected from factors such as: (1) continuing trade deficit, (2) servicing FX debt will require purchase of hard currency on the local market, (3) likely reduction in future worker remittances from abroad, and (4) perception by the population of dollars as the ‘safe haven’ savings currency.

To counter significant devaluation of the local currency and its unintended consequences of causing higher prices (inflation), resulting from higher local currency cost of imported finished goods, equipment and raw materials, the Central Bank will be forced to keep high interest rates (15% at the moment) and maintain tight supply of local currency in the financial system. Note that current total money supply indicator M2 to GDP decreased, standing at 17%, and if we exclude foreign currency deposits, money supply as a percentage of GDP is even lower, at 12%. And if we try to throw in the size of the grey economy, then M2 to total GDP would probably fall into single digits!

This demonstrated significant dollarization of the money supply in the economy, and very little local currency available in the market required to support the economic activity. Note that this indicator with our largest trading partners is substantially larger, in China it is around 200% and in Russia around 48%.

As local currency remains a scarce commodity, this will make it more expensive for businesses to borrow in local currency, hampering growth of the real sectors of the economy, and facilitating further dollarization, as a financing alternative.

If dollar borrowing accelerates, we risk ending up in a debt trap: the borrowing doesn’t lead to the hoped-for economic growth, we’re constantly borrowing more to repay previous loans. Meanwhile, the interest is adding up.

This is a sad cycle that has been repeated in emerging markets around the world again and again over the last 40 years. It’s the number one reason Uzbekistan should put a freeze on foreign currency borrowing.

And yet there is another reason why dollar borrowing is a bad idea. Reliance on foreign currency-denominated borrowing from the international financial institutions undermines our efforts to build a domestic capital market and fully functional financial market.

Uzbekistan – spearheaded by the agency I lead – is in the early stages of implementing a program to build a robust local capital market. The som-denominated bond market is beginning to emerge. We are pushing the government to use local equity market to implement some privatization transactions. It is a must, so that we can gain confidence with local investors, and invite foreign investors to invest with us in Uzbekistan. And domestic retail investors are beginning to dip their toes into the market. We were able to develop a comprehensive and detailed capital market/financial market development strategy, with assistance from EBRD and ADB, a detailed road map was prepared, solutions and structural reforms recommended; it now needs to be approved by the government.

International issuance of equities and debt takes place outside the local market. Local investors, local brokers and investment banks, local lawyers and the local securities exchange don’t benefit. Moreover, international loans, including those from the multinational development banks, should be negotiated and denominated in our local currency; they may cost higher in terms of interest rates, but will help us to avoid systemic FX risks. It will be more challenging and harder, as it takes more discipline and creativity, harder effort on marketing, improving our domestic legal framework, more effort on price discovery, coordinated action on both sides of the table – by lenders, and the borrowers. The IFI community can play an important role here, as they have state-of-the-art risk management tools, experienced people, investor outreach; their voice and position counts.

Developing the local financial markets, including the capital market, should be one of Uzbekistan’s top priority. This will allow us to diversify the sources of financing for the economy, reduce and avoid foreign exchange and default risks, create a culture of financial literacy and ultimately improve the welfare of the broader population. We can do all of this without foreign currency borrowing, but we will not have a second chance.

Atabek Nazirov is Director of the Capital Markets Development Agency of the Republic of Uzbekistan. Prior to returning to the country of his birth to serve in government in 2018, Mr. Nazirov had a 20-year career in banking in New York, London and Moscow, including roles with Goldman Sachs and the European Bank for Reconstruction and Development (EBRD).

COMMENT: Uzbekistan is being transformed, but where are the democratic reforms?

Central Asia vaccination plans underwhelm, but governments look unruffled
COMMENT: Uzbekistan is being transformed, but where are the democratic reforms?
OUTLOOK 2021 Uzbekistan