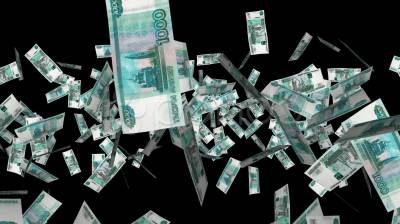 The only reason for the ruble's 6% appreciation to the US dollar in 1Q19 was the $7.5bn gross portfolio inflows into the state bond market, as Russia's expectedly strong current account was fully offset by the government and the private sector's preference to accumulate international assets

Russia's current account surplus of $32.8bn in 1Q19 came in slightly above our $32.0bn expectations and $31.0bn consensus. The key observation is that the negative effect of the weakening non-oil exports growth (flat y/y in 1Q19 vs. a 14% increase in 2018) is offset by the positive effect of weakening merchandise imports (-3% y/y in 1Q19 vs. a 5% increase in 2019). The latter, while being positive for the current account surplus, is an indirect sign of softening investment activity, as 45% of Russia's merchandise imports (2018 data) represent investment and intermediary goods.

Provided oil prices remain at the current levels and the non-oil exports and overall import trends continue, the seasonality of the trade balance, debt servicing expenses, dividend payments and other non-trade items should result in the shrinking of the quarterly current account to $12-18bn in 2Q and 3Q19 each.

...and fully converted into foreign assets by the local private sector and the government

At the same time, the strong current account did not find its way into the Russian economy, as the local banks and other sectors accumulated $28.9bn of international assets, which was the key component of the net private capital outflow of $25.2bn seen over this period. This figure is very close to the $30bn we expect for the entire year. While supportive of Russia's positive net investment position, the large outward investment flows are also a sign of weak local corporate demand for capital.

The accumulation of the international assets by the government, ie, budget rule-mandated FX purchases, totalled $13bn, and as a result the rate of current account sterilization by corporate capital outflows and FX interventions went up from 67% in 1Q16 to 87% in 1Q17, 97% in 1Q18, and 118% in 1Q19.

Based on seasonality, the private current account should be close to zero in 2Q and 3Q19, while the FX purchases should total around $15-18bn per quarter.

With the current account surplus balanced by the accumulation of foreign assets by corporates and the government, the importance of portfolio flows to the FX market increases. The 1Q19 data suggests that the last three months were a success. The government sector saw gross portfolio inflows of $7.5bn, including the placement of $3.0bn Eurobonds, which was bought predominantly by non-residents, and the return of non-residents to the OFZ market at a $4-5bn scale. Those flows were the key reason behind the RUB appreciation by 6% to the dollar, outperforming its EM peers.

In the coming two quarters, RUB performance will be increasingly dependent on both the global risk appetite and Russia-specific newsflow, mainly on sanctions, which means a potential increase in volatility vs. a more clear direction seen in 1Q19. Meanwhile, we reiterate our expectation of USD/RUB range of 65-67 for 2-3Q19, based on balance of payments fundamentals and seasonality.

ING: Russia balance of payments: supportive of ruble in the near-term, but risks for 2H21 mount.
2 days ago
ING: Growth in the Balkans: from zero to hero again?
8 days ago
FPRI BMB Ukraine: Most Ukrainians are optimistic about 2021 – poll
8 days ago
COMMENT: Record high debt levels will slow post-coronavirus recovery, threaten some countries' financial stability, says IIF
11 days ago
COMMENT: The Manafort Pardon: a finger in the collective eyes of Ukrainians
16 days ago