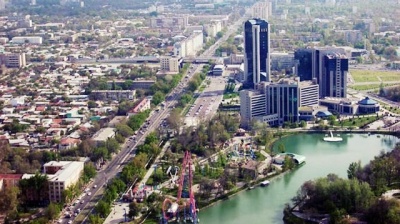 Uzbekistan is updating its constitution to try to better reflect the needs and desires of the people / wiki
By Odiljon Tojiev Deputy Speaker of Uzbekistan’s parliament in Tashkent June 14, 2022

Every modern constitution, whether for the totalitarian or the libertarian state, claims to speak for the public. “We the People,” the US Constitution famously begins. Uzbekistan’s own Soviet era constitution, passed in 1978, declared grandly that “all power” belonged to the people. It didn’t. Article 6 stated bluntly that the “leading and guiding force” – ostensibly on behalf of “the people” – was the Communist Party of the Soviet Union.

It is unsurprising therefore that any effort to update a national constitution gets greeted with some cynicism. Our effort in Uzbekistan is no exception.

But we are doing something unusual. We have invited the citizens of Uzbekistan to help us write the amendments they want. On June 3, the Constitutional Commission began sending SMS texts to 30mn mobile phone subscribers, inviting them to make suggestions. They could do so on our website, our Telegram channel, by email or they could phone in to our call centre.

Within days, thousands had responded. As of June 13, we had 19,678 proposals. Frankly, we and the experts and officials working with us are overwhelmed and excited.

The process began last December. President Shavkat Mirziyoyev laid out a series of key principles which he viewed as critical for constitutional change. He said the guiding principle in our current 29-year-old constitution – “state - society - person” – needed to be reversed: “Person - society - state”. Society, he said, should be “the initiator of reforms.”

Some in our media, especially amongst our active community of bloggers, reacted predictably, with cynicism. There have been suggestions that the president wants to use the reforms to reset the electoral clock and run in the next election, despite a constitutional limit of two terms. In fact, I can confirm that we have received no suggestions that this is on his mind.

Instead, the instructions we on the 47-member Constitutional Commission have received, from both the executive and legislative branches of government, have been to pay attention to our citizenry.

And what an earful we are getting. Not everything is phrased in constitutional language. Indeed, many of the proposals aspire to changes which may not belong in a constitution at all. But I think it is fair to say we are hearing more about what ordinary people want from life and from their politicians than anyone has heard before, perhaps anywhere in the world.

On our website, citizens are given the opportunity to up-vote or down-vote. As of a few days ago, the most up-voted proposal was to relax the restriction against the wearing of the hibab in schools. The second most popular proposal was that there be strict enforcement of the eight-hour work day. And the third: reduce the duty on imported cars.

I have reviewed all the nearly 20,000 proposals so far myself. I will say nothing now suggesting support or opposition. But I will say I am dazzled by the breadth and depth of people’s engagement with the process.

There are calls for the election of regional governors and mayors – all currently appointed by the president. There are many proposals seeking more barriers to and tougher penalties for corruption – including several calls for capital punishment. Our citizens want greater transparency in government, at all levels. One well-supported proposal suggests that citizens be able to take breaches in their civil rights to court. Another seeks a reduction in the number of government ministries, giving the example the Ministries of Public Education, Preschool Education, Higher Education and Special Education as all needing amalgamation. There are several calls for improved alimony in the event of divorce – “to strengthen the family”. A number of environmental concerns are raised, with one proponent urging the revision of how land is allocated for protection from rivers and lakes and the return of illegally occupied land. Another wants top officials “to walk to work” instead of being driven. “Let them see how the people live on the sidewalks and roads they walk on, [to] feel for themselves.”

So it goes. Thousands of suggestions, every single one of them worthy of consideration. We have set no deadline for ourselves, although we are aware that President Mirziyoyev would like to see a reformed constitution by December this year, when Uzbekistan will celebrate the 30th anniversary of its first constitution as an independent nation.

Our working group is reviewing all the proposals. A nation-wide information programme is beginning, with TV programmes and local meetings being prepared to get more people involved, and attract even more suggestions.

Ultimately, we on the Commission will need to compile a report for the parliament, setting aside proposals which have no place in a constitution and finding appropriate language for those which do. The parliament will then review, debate and, we hope, pass the reforms, according to well-established procedures requiring a two-thirds vote.

The current Constitution was drafted in 1992. At that time, we did not have SMS texts or interactive websites or Telegram, and no ability to truly check the wishes of citizens. I could not possibly be more delighted that we have this ability today.

Odiljon Tojiev is a member of the Constitutional Reform Commission and Deputy Speaker of the Legislative Chamber of Uzbekistan’s parliament, the Oliy Majlis