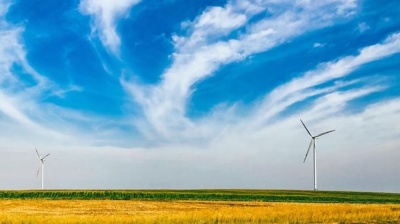 How the coronavirus (COVID-19) pandemic is handled, both now and when lockdowns are lifted, will determine whether we are heading for a greener economic future and a shift away from populism — or something altogether darker.

A panel of economists organised by the European Bank for Reconstruction and Development (EBRD) and London School of Economics (LSE) and broadcast live on Facebook on April 16 discussed the possibility of building a better world (not least in terms of humankind’s relationship with the environment) post-COVID-19, but also warned that governments and international institutions could get things very wrong.

Highlighting the scale of the global crisis we now face, several panellists likened the situation to making plans during and after the world wars of the 20th century — and the importance of making the right plans. EBRD chief economist Beata Javorcik referred to the Bretton Woods conference in July 1944, when delegates from Allied nations hammered out plans for a post-war international monetary system, though it would be more than a year before the war finally came to an end. “They were thinking about the economic order after the war; we must think now about the economic order after COVID-19,” said Javorcik.

Nicholas Stern, professor of economics and government at the LSE and one of three former EBRD chief economists on the panel, outlined three phases: rescue (where we currently are), recovery and building a better world that is strong, sustainable, inclusive and resilient. “We can’t go back to the old normal. The old normal was deeply dangerous,” he said.

“Now is the moment to think of the society and institutions we want to build. There is the fundamental challenge of recreating the investment climate. We must have a clear idea of where the economy should go, a clear commitment to a new type of growth.” And while economists expressed hope of building a better system, he pointed to the “two decades of darkness” after the First World War.

When the pandemic started, globalisation was already weakened by the US-China trade war and there was uncertainty about the future of free trade, commented Javorcik. A new generation of populists, some of them propelled to power by the widespread social discontent caused by the Great Recession of the late 2000s, are now in power in Brazil, Hungary, Poland, Turkey, the UK and the US, to name just a few countries.

The undermining of globalism was reinforced by the response to the pandemic as national governments closed borders and imposed restrictions on exports of critical goods such as wheat and protective and hygiene equipment.

“Export restrictions are worrisome because they could have a long-term impact by being used to justify protectionism. They may resonate with the public, and we may see globalism being rolled back at a time when we need open markets and free trade the most. When economies start recovering, protectionism can make that recovery more difficult,” said Javorcik.

Sergei Guriev, professor of economics at Sciences Po, forecasts that the pandemic will strengthen nation states further: “I think the nation state will come out stronger, and we will see self sufficiency as a policy goal, stockpile for next pandemic, but this is not the end of globalisation.”

But economists were divided over whether the crisis would encourage populism or if, as Javorcik commented, “expose the incompetence of populists”.

“We see many populist governments fail in fighting this crisis, by not delivering timely and competent responses,” said Guriev. The response — or lack thereof — by the presidents of Brazil and the US are notorious examples. Guriev expressed the hope this would lead to a shift away from populism — “or maybe not. The populists are very good at spinning their message,” he acknowledged.

“The crisis is showing many people the importance of expertise and science, they will come out with more respect for the experts,” forecast Stern. He outlined two possible outcomes: on the one hand, the crisis could lead to “fractiousness” in domestic and international politics; or — the positive scenario — “we could get a vaccine, act wisely and collaboratively, understand the old normal was destructive and dangerous, and set out on a new path. It’s the job of international institutions to push the probability towards the better outcome.”

An important part of that better outcome is tackling the climate crisis, and there is hope that the crisis will reinforce the transition towards the green economy. While the climate crisis has virtually disappeared from media and the focus is on the pandemic, residents of locked down cities around the world cannot help but notice cars are no longer pumping out exhaust, planes are grounded and industrial smog is no longer choking them.

From the pandemic, “we’ve learnt about the enormous fragility of society and an economy that neglects the environment,” said Stern. Disturbing the relationship between wild animals, domestic animals and humans creates conditions where viruses can come into existence and allows their transmission.

However, Guriev argues that many developing countries are more aware of the need to fight extreme poverty today than of the climate crisis. In this context, the current extremely low oil prices “point to the wrong solution. We need an incentive for green stimulus and recovery," he says.

And it is developing countries that are set to be worst hit by the pandemic economically, even if the current wave of infections is concentrated in developed Western countries. Erik Berglof, director of the Institute of Global Affairs at LSE and professor of economics, stresses that unlike their counterparts in the developed world, developing countries will not be able to spend their way out of the crisis with huge stimulus packages.

“The crisis we are facing is a medical and economic emergency. In many EBRD countries and across the developing world, the economic crisis hit before the virus, which had not really taken hold at the time. They were hit by a collapse in commodity prices, falling remittances and capital flight, all before they even had to deal with the medical emergency, which of course impairs their capacity to address it.”

The economists are united on the need to learn from the lessons of the Great Recession and its aftermath. “We must rule out a step back into austerity from the beginning. That was a big mistake after 2008-10,” said Stern, stressing that austerity won’t help countries exit the economic consequences of the lockdown.

“It’s going to have to be growth, but a new form of growth that is much more sustainable and resilient than we saw in the past. The biggest risk is that we go into a deep slump. The political, economic and health impact would be devastating.”