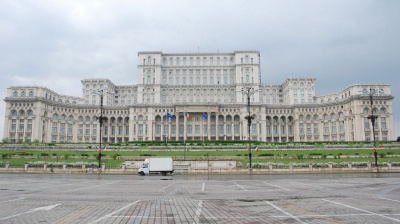 Romania's Constitutional Court on November 25 deferred for the third time a critical ruling on the 40% pension hike that is the subject of an ongoing dispute between the Liberal government and volatile Social Democrat majority in parliament.

The much-anticipated ruling was rescheduled until January 13, when most likely the next government will be in office after the December general election.

The effect of this third postponement is that it gives the Liberals a chance to go ahead with their plans for a gradual pension increase irrespective of the court's ruling — provided they form a robust majority in parliament before January 13.

Given past rulings in similar cases, the court could not have given straightforward approval for the government's objections. In fact, on the same day, it rejected similar objections raised by the executive against a bill that raises social security benefits.

Romania will hold general elections on December 6, when President Klaus Iohannis and his National Liberal Party (PNL) expect to form a robust majority.

The pension hike topic is of high importance for public finance sustainability.

Rating agencies have already assigned negative outlooks to the country's sovereign rating that is already the weakest in the investment area. Scaling back the pension hike is a prerequisite for avoiding a sovereign downgrade, while the rating agencies expect more, namely, a credible fiscal consolidation strategy.

On September 22, the parliament voted an amendment to the budget revision law, thus barring government's attempt to reduce the 40% pension hike provisioned under a separate law.

The 40% pension hike was approved by lawmakers and promulgated by Iohannis last year, before the coronavirus crisis. In August this year, the government decided to replace the visibly unsustainable 40% hike with a gradual increase and included this in the budget revision.

Under another amendment to the budget revision law passed by the parliament, teachers' wages would increase in advance.

The government challenged this law, including the two amendments, at the Constitutional Court.

"The parliament ignored the requirements of predictability of the law and the outlook of the public budget and economy in general," the government argued in its notification to the Constitutional Court on October 13.