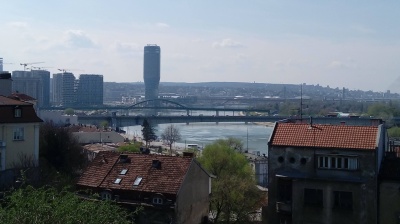 The two countries were reported by CNN to be among dozens around the globe where police stations had been secretly set up to monitor, harass and repatriate Chinese citizens. According to CNN’s report, China has more than 100 such overseas police stations.

According to CNN, China signed joint police patrol agreements with Croatia and Serbia between 2018 and 2019 as part of the Belt and Road initiative. Allegedly, Chinese officers were patrolling jointly with Croatian policemen in the capital Zagreb.

Back in 2019 Reuters reported that Chinese officers have joined Serbian officers on patrol in Belgrade to help address the influx of Chinese tourists.

The police of both Croatia and Serbia have denied these claims. The two countries admitted that they had run joint police patrols with Chinese police, but said that these patrols had no coercive aspect at all and mainly concerned Chinese tourists.

Serbia’s interior ministry said in a statement that the country signed a memorandum of understanding with the Ministry of Public Security of China on joint police patrols in May 2019 and that six Chinese police officers had been present for joint patrols for just one month in the autumn of 2019.

“Based on the memorandum, they [the Chinese officers] did not have the right to use coercive means even then,” the ministry noted.

Instead, their task was to help Serbian police officers protect public order and security and to facilitate the contact of their compatriots and organisations with the Serbian police, as well as with the diplomatic and consular authorities of their country.

“We believe that such statements and unfounded claims harm the relations between the two countries of Serbia and China, as well as the cooperation that has always been at a high level,” the ministry statement said.

Croatia’s interior ministry also admitted that Chinese police officers were sent to Croatia, but said this was only to communicate with Chinese tourists. It added that it had no information on the existence or operation of illegal police stations in Zagreb or Croatia.

Croatia also said that Chinese police officers were in the country to help communicate with Chinese tourists for one month each in the summers of 2018, 2019 and 2022.