Croatia, Serbia and Ukraine were emerging markets with biggest upgrades from Fitch over last five years 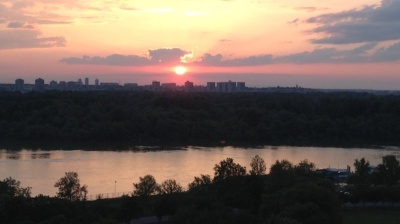 However, while all three countries achieved net upward rating movement of two notches during the five-year period, Fitch pointed out that the upward movement for Croatia and Ukraine reflected the two sovereigns just regaining notches lost in the previous five years. 14 other emerging market (EM) sovereigns were upgraded by one notch during the period.

Serbia’s rating is now at BB+, one step away from investment grade, and was affirmed with a stable outlook on September 3.

Economic resilience to the pandemic shock, a limited increase in public debt and the agency’s confidence in Serbia’s fiscal consolidation prospects are also supportive of the rating and the stable outlook, it said.

Fitch revised up its real GDP growth projection for Serbia in 2021 to 6.3% (from 5.2%), while in 2022 it anticipates continued strong growth of 4.4%. The rating agency also emphasised that foreign exchange reserves had risen to €14.6bn by the end of July 2021. Meanwhile, the current account deficit shrank by 2.6 pp in 2020 and Fitch forecasts further narrowing this year and an average of 3.7% of GDP in the next two years.

In its latest action on Ukraine, Fitch upgraded the country’s outlook from stable to positive on August 6. Fitch currently has a B rating on Ukraine, as does fellow international ratings agency Standard & Poor’s (S&P), while Moody’s rates Ukraine as B3.

Ukraine’s economy has bounced back sharply from last year’s crisis, although it is still struggling to contain inflation that jumped back into double digits in June, reaching 10.2%. Other indicators are performing much better, with industrial production climbing, real incomes rising and the construction sector gathering momentum – all major economic drivers.

Fitch expects Ukraine’s state debt to GDP ratio will decrease to 50% in 2021, which would be below the 'B' median of 67.8%. The recent issue of state international Eurobonds for total $1.75bn and International Monetary Fund’s (IMF’s) SDR allocation for $2.7bn “provide more financing space to meet higher budget needs in the remainder of 2021,” the agency reported. Fitch forecasts Ukraine’s GDP growth will reach 4.1% this year.

Ukraine had previously struggled to move past a stable rating for years as it struggled to implement reforms, curb government debt and protect the economy from external shocks during the coronavirus (COVID-19) pandemic.

For Croatia, in May Fitch affirmed the BBB- rating and the stable outlook, which were backed by stable GDP per capita and human development. On the other hand, Croatia faces large short-term downside risks related to the coronavirus (COVID-19) pandemic.

Fitch projects that Croatia’s economy will expand by 5.5% in 2021 thanks to the resilience of sectors such as construction and goods exports, and a gradual recovery in consumption.

“Our forecasts rest on an improved tourism sector outlook (at around two-thirds of 2019 levels), assuming a pick-up in summer tourism as the health crisis in Europe continues to abate,” the rating agency noted.

However, eight EM sovereigns gained net upgrades of two notches during the 10-year period. They include Georgia and Serbia from the emerging Europe region, as well as the Dominican Republic, Indonesia, Jamaica, Peru, the Philippines and Vietnam.

“Of these, only Jamaica (both notches), Georgia (one notch) and Vietnam (one notch) reflected reversal of downgrades in the prior five years,” Fitch pointed out.

The emerging markets that have experienced the greatest net upgrades since Fitch initiated its rating coverage also include several from the region.

Bulgaria, Estonia and Lithuania have all been upgraded by a total of five notches; Kazakhstan, Poland, Peru and Slovakia by four notches; and Azerbaijan, the Czech Republic, Kuwait, Romania and Thailand by three notches. However, Fitch added that “the pace of improvement has slowed markedly since around 2008”.