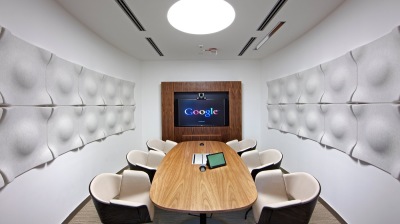 Czechia will impose a 7% digital tax on international internet companies like Google, Facebook, Amazon and Apple from 2020
By bne IntelliNews November 20, 2019

Big international companies such as Google, Facebook, Apple and Amazon are likely to be subject to a new digital tax in the Czech Republic in 2020. The government approved a proposal to introduce a 7% tax on online services provided by global players in the country, according to a press release published by the ministry on November 18. The proposal has yet to be approved by Parliament.

“This is a countervailing tax that corrects the current imbalance. Internet giants do not pay taxes in the Czech Republic, which is unfair to other companies in the Czech Republic. In the long term, we support finding a common international solution. Unfortunately, negotiations at EU and OECD level will take some time,” said the Finance Minister Alena Schillerova (ANO).

“However, because we can no longer take wait-and-see approach regarding the unequal competition of global giants with other entrepreneurs, we come with our own temporary digital tax adjustment until an international compromise can be found,” she added.  The tax is expected to bring CZK5bn (€196.5mn) a year to the state treasury. The new law will be valid only until 2024, which, according to Schillerova, will help to increase the pressure to introduce a tax at European level, where previous attempts have failed.

The introduction of the digital tax was initiated by the coalition partner Social Democrats. “This example clearly shows that the sector tax must not be taboo in the Czech Republic,” said Minister of Labour and Social Affairs Jana Malacova (Social Democrats), according to which it is a success that this is the highest rate for digital tax in Europe, daily E15 cited.

If approved by Parliament, the tax would apply to IT companies with annual global revenue of at least €750mn and Czech revenue of at least CZK100mn (€3.93mn). The digital tax will apply to revenue from select services, such as targeted advertising on the web, paid services on social networks, provision of user data or a shared economy, such as Airbnb or Uber.