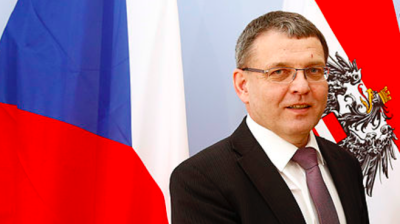 The Czech Social Democrats (CSSD) have found a new suitable candidate for the minister of culture position, the party said in a statement on August 21. A former foreign minister, Lubomir Zaoralek, accepted an offer from his party chief, Jan Hamacek, and is likely to become the new minister.

The former minister Antonin Stanek was dismissed by President Milos Zeman, with the firing effective as of the end of July. Zeman then expressed his displeasure about the initial CSSD nominee Michal Smarda and refused to endorse him, sparking a government crisis. However, August 19, Smarda decided to resign from his nomination, opening the way for the CSSD to make a new selection.

Zeman, as announced by his spokesperson on social media, agrees with the new nomination and a meeting of the two is scheduled for August 26 at Lany Castle.

Prime Minister Andrej Babis of the senior ruling ANO party has also stated that he has nothing against Zaoralek becoming the new culture minister.

According to Hamacek, Zaoralek is an experienced and successful politician, one of the heavyweights on the Czech political scene.

“I had slightly different plans. A phone call from Mr Hamacek caught me by surprise, but we had a similar view on the situation and when he mentioned a way how to end this [governmental] crisis, I could not find any reason why not to do it,” commented Zaoralek, according to the CSSD statement, adding that both the ministry and the government have been paralysed by the crisis and that it is in everyone’s interest to find a solution.

As covered by the Czech News Agency, the Communists welcomed Zaoralek’s nomination and his relationship with culture combined with strong managerial skills. At the same time, opposition parties remain sceptical about his competence to run the culture ministry. Leader of the Pirate Party Ivan Bartos, for example, noted that CSSD had to find someone acceptable to the president and that he was only concerned with Zaoralek’s acceptance by the cultural community.

THE MITTELEUROPEAN VIEW: When the nuclear option fails – Von der Leyen’s rule of law instruments vs political realities
US promises up to $1bn in energy infrastructure financing for Three Seas Initiative
"Westlessness" dominates the discussion at the Munich Security Conference