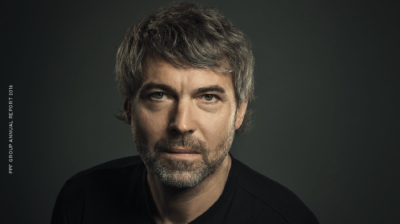 Central European Media Enterprises (CME), which holds some of the biggest TV channels in Bulgaria, the Czech Republic, Romania, Slovakia and Slovenia, said it has entered into a definitive agreement to be acquired for $2.1bn by PPF Group, a holding controlled by Central Europe’s richest man, Petr Kellner.

Rumours that Kellner was in talks to buy CME had reported already, and the deal came as no surprise after CME’s decision to reassess its presence in CEE.

“We are pleased that the PPF Group, with a strong track record as operators of businesses across many industries, shares our perspective on the importance of local content and its ability to attract large audiences to television,” CME said in a press release. The decision was backed by all shareholders.

“Under the terms of the agreement, holders of all of CME’s issued and outstanding Class A common shares will receive US$ 4.58 per share. This valuation represents a premium of approximately 32% to CME’s share price prior to the announcement on March 25, 2019 that the Company was commencing a process to explore and evaluate potential strategic alternatives,” CME said in the press release.

In July 2017, CME divested its leading Croatian and Slovenian TV stations to United Group's Slovenia Broadband for €230mn in cash to pay down debt. In January this year, United Group sold Total TV in Croatia.

In Bulgaria, Kellner attempted to acquire Nova TV, but the local authorities banned the deal.